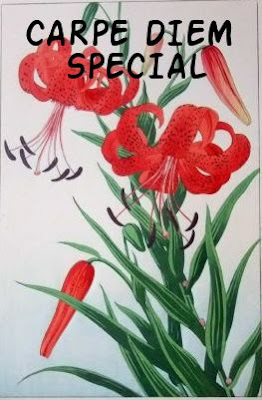 
Michael Dylan Welch has been writing haiku since 1976, when he first learned about the genre in a high school English class. He joined the Haiku Society of America in 1988, and has been an officer of the society numerous times. Michael cofounded the Haiku North America conference in 1991, and the American Haiku Archives in 1996. He also founded the Tanka Society of America in 2000 (serving as its president for five years), and National Haiku Writing Month (NaHaiWriMo) in 2010. Michael's latest books are True Colour, Becoming a Haiku Poet, and Fire in the Treetops. He recently completed a two-year term as poet laureate of Redmond, Washington, where he also curates two poetry readings. His own poetry, essays, and reviews have appeared in hundreds of journals and anthologies in at least twenty-one languages. Michael's personal website, devoted mostly to haiku, is www.graceguts.com, and you can visit the NaHaiWriMo website at www.nahaiwrimo.com.

For this episode of our CD Special I have chosen one of my favorite haiku written/composed by Michael.

roar of the midway—
the toddler's balloon
rises in moonlight

In this haiku the scene was touching me, of course triggered by "the toddler's balloon", because the image I saw immediately in front of me ... my youngest grandson in tears because of loosing his balloon.
What I like further in this haiku is the use of the contrast between "roar of the midway" and "rises in the moonlight" (loud and quiet). A really nice haiku in my opinion.

As you all know the goal of the CD Special is to write/compose an all new haiku (or tanka) inspired on the given haiku and trying to catch the spirit of the haiku poet. For sure not an easy task, but I think I succeeded.

© Chèvrefeuille
This episode is open for your submissions tonight at 7.00 PM (CET) and will remain open until October 5th at noon (CET). I will try to publish our next episode, Wakakusa Yamayaki, later on. For now ... have fun!