Welcome to a new CD Special by one of our featured haiku poets, Michael Dylan Welch, I have found another nice haiku composed by Michael. It's a haiku which I find very special, maybe that's because of the theme of this haiku, falling stars. I remember that my first haiku published ever was about falling stars or shooting stars:

Back then I wrote my haiku as Kristjaan Panneman, when I became more known, I chose to use the penname (as was the classic custom) Chèvrefeuille, which means "Honeysuckle". 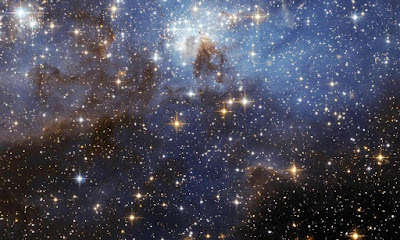 I have written several haiku about "shooting stars" or "falling stars", so here is another one which I composed in February 2012:


a shower of stars
the little boy smiles
what do you wish for?

© Chèvrefeuille
Okay ... back to our featured haiku poet, Michael Dylan Welch's haiku, for this CD Special. It has all to do with the stars and that image above fits the haiku very well. As I read that haiku by Michael I just couldn't help that a verse from Genesis came in mind:

"Now look toward the heavens, and count the stars, if you are able to count them " (Genesis 15: 5)
Why this line from Genesis? Well ... I think you will understand that idea as you read the haiku by Michael.


one . . .
together we count
the falling stars

This episode is open for your submissions tonight at 7.00 PM (CET) and will remain open until October 23rd at noon (CET). I will try to publish our new episode, Tanabata Festival, later on. For now ... have fun, be inspired and share your haibun with us all here at Carpe Diem Haiku Kai, the place to be if you like to write and share your haiku.