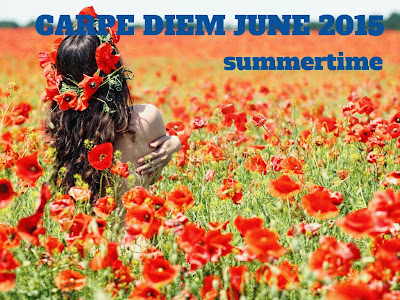 As I started to prepare this new episode, lagoon, the first thing which came in mind was the motion picture "The Blue Lagoon", with Brooke Shields and Christopher Atkins in 1980. I remember that there was a lot to do around this motion picture, because of the nudity scenes in this movie. As a teenager, in 1980 I was 17 yrs, I remember that I was excited, because nudity in such an American movie wasn't done until than.


The above video was the official trailer of this movie. As I watched it it brought back a few sweet memories of me being a teenager.

Our prompt for today is lagoon and here are a few haiku which Jane has used in her saijiki "A Dictionary of Haiku".

bridge
at the edge of the lagoon
the wind stops

Not a long episode this time and also no haiku by my self ... lack of time and inspiration ... I hope this episode will inspire you however.

This episode is open for your submissions tonight at 7.00 PM (CET) and will remain open until June 27th at noon (CET). I will try to publish our new episode, the last CD Special by Rallentanda, later on.