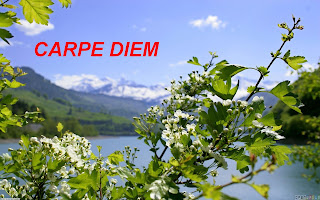 I wonder ... did our classic haiku ancestors such as Issa, Basho or e.g. Kikaku use those wonderful kigo? I think they did. So today our prompt is Hina Matsuri or Doll Festival. I have sought they internet and the books about haiku I have for a few examples of classic haiku in which this prompt is used. By the way, the Dolls Festival was (and still is) on the 3rd of March.

The Japanese Doll Festival ( Hina-matsuri?), or Girls' Day, is held on March 3. Platforms covered with a red carpet are used to display a set of ornamental dolls (hina-ningyō?) representing the Emperor, Empress, attendants, and musicians in traditional court dress of the Heian period.


The custom of displaying dolls began during the Heian period. Formerly, people believed the dolls possessed the power to contain bad spirits. Hinamatsuri traces its origins to an ancient Japanese custom called hina-nagashi (lit. "doll floating"), in which straw hina dolls are set afloat on a boat and sent down a river to the sea, supposedly taking troubles or bad spirits with them. The Shimogamo Shrine (part of the Kamo Shrine complex in Kyoto) celebrates the Nagashibina by floating these dolls between the Takano and Kamo Rivers to pray for the safety of children. People have stopped doing this now because of fishermen catching the dolls in their nets. They now send them out to sea, and when the spectators are gone they take the boats out of the water and bring them back to the temple and burn them.
The customary drink for the festival is shirozake, a sake made from fermented rice. A colored hina-arare, bite-sized crackers flavored with sugar or soy sauce depending on the region, and hishimochi, a diamond-shaped colored rice cake, are served. Chirashizushi (sushi rice flavored with sugar, vinegar, topped with raw fish and a variety of ingredients) is often eaten. A salt-based soup called ushiojiru containing clams still in the shell is also served. Clam shells in food are deemed the symbol of a united and peaceful couple, because a pair of clam shells fits perfectly, and no pair but the original pair can do so.
Families generally start to display the dolls in February and take them down immediately after the festival. Superstition says that leaving the dolls past March 4 will result in a late marriage for the daughter.

A few examples of haiku written by our haiku ancestors on the Dolls Festival.

Or what do you say about this one by Baishitsu:

picking it up
soon I was smiling
dolls for sale

The poet picked up a doll from a stall selling dolls for the Girls Festival or Doll Festival. The sweet little face and charming clothes, the life and humanity of this lifeless mannequin, the memoires of childhood, the softening of the heart calloused by time, - these are suddenly fell when the poet realizes that he is smiling at the doll. One almost feels that men were made for dolls, not dolls for men.

the childless woman
how tender she is
to the dolls

Or this one by Buson:

As the young girl opens the box and the pair of dolls appear, one male, the other female, she has a rush of feeling, a combination of novelty and recognition. Only once a year is the box opened, but the well-beloved faces have the same sweet dignity as ever.

the faces of the dolls!
though I never intended to
I have grown old

This haiku speaks for it's own.

In this one, written by Gyodai (1732-1793) an imagery is painted about the Buddhist family altar, though not over-bright and cheerful, it was in harmony with the room, but now the dolls have been set out on their scarlet dais, the altar seems s horn of its light.

celebrating gods
dolls standing together
Ah! What a sight

Ah! What a sight
those colorful dolls
and the Buddhist altar

And another one more 'western' in it's imagery:

my granddaughter
she unpacks the dolls -
shining bright eyes

Well ... it was really a joy to tell you all a little bit more about Hina Matsuri (Girls's Festival or Doll Festival) and to share those wonderful haiku with you. I didn't expect that I could write a haiku (or a few) about Hina Matsuri, but I think I succeeded. Now it's up to you ... have fun, enjoy the read, be creative and inspired. Share your haiku with our community of haiku poets.