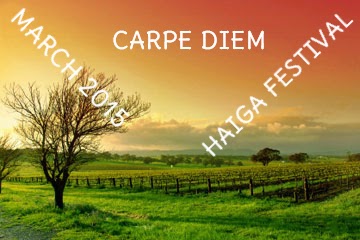 Today I have a nice prompt for you all and I am proud to bring this prompt to you all. Why? Here in The Netherlands we have a pride history with windmills. It's one of the things which come in mind every where on Earth as people talk about The Netherlands. Windmills, Tulips and Wooden shoes ... it's a cliché which is haunting us Dutch for a long time. Next to these maybe some one will say Vincent Van Gogh or Rembrandt as something which is really Dutch.

Windmills ... we have a lot of them here and as the centuries go by we have still that name ... windmills, windmills and another time windmills. As you all know The Netherlands are very flat, but through that flatness of my country we have a lot of wind ... Wind is one of our most important sources of energy, next to the Sun, electricity, oil and water.

Our prompt for today is windmill and I think I have a nice haiga to share here with you about windmills. 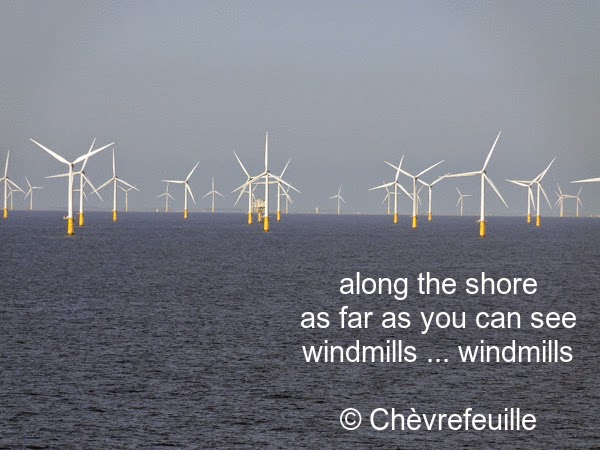 And of course I had to share also an image of one of our historical windmills. Maybe you know this sight in The Netherlands, it's called "Kinderdijk" it's one of the oldest sights with windmills .... 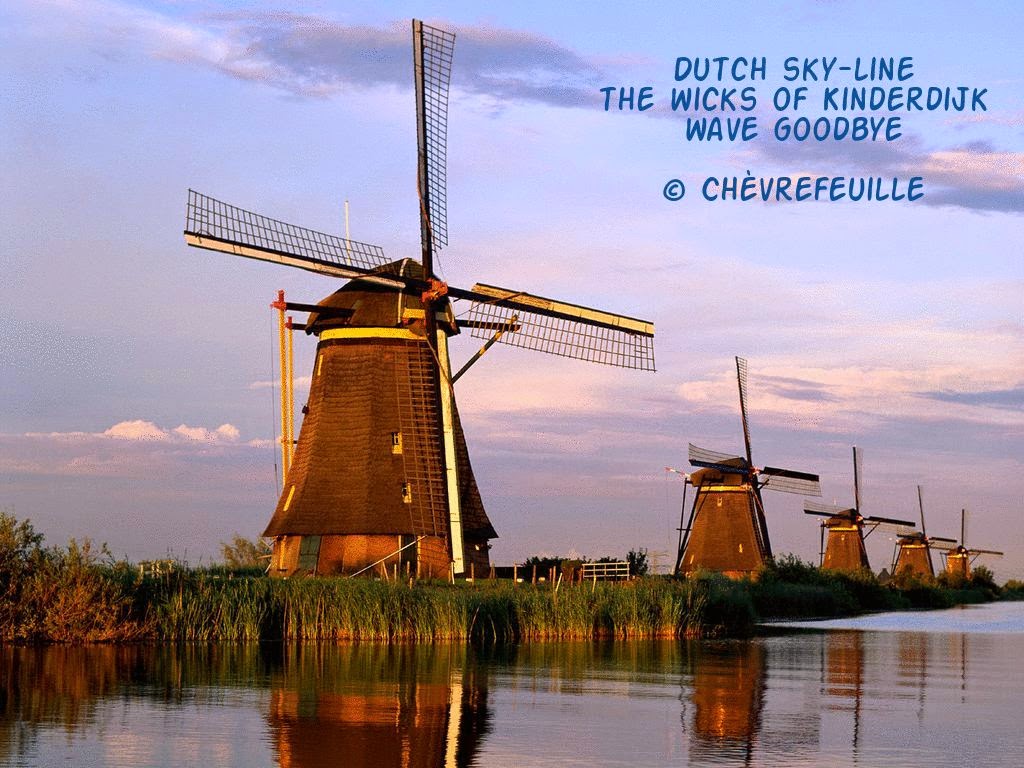 Aren't they wonderful? I am really proud on our Dutch windmill history ... and I hope this episode will inspire you to create wonderful haiga. Have fun!