This episode of Sparkling Stars I love to introduce to you all a haiku poetess from India maybe you have heard from her. I heard about her a few weeks ago through an email which I got from Jane Reichhold. She asked me to spent time on CDHK about Kala Ramesh and one of her wonderful projects, creating haiku and haiga with young people from India. Jane's email made me curious to know a little bit more about Kala and I am happy to introduce her here in our Sparkling Stars feature.


Kala Ramesh is an Indian, classical musician, who has worked extensively on Pandit Kumar Gandharva’s style under Mrs. Shubhada Chirmulay for over 15 years, and has performed professionally in several major Indian cities.  A recently turned haiku poet (since 2005), Kala writes haiku, tanka, senryu, haibun and renku, and her work has appeared in leading e-zines and anthologies all over the world.  Kala, as director of the World Haiku Club in India, organised with the co-operation of its members, the four-day 9th World Haiku Festival at Bangalore in February 2008, which was sponsored jointly by Sri Sri Ravi Shankar Ji and Sri Ratan Tata Trust. Kala is a member of the editorial team of Modern English Tanka Press’s new anthology, Take Five: The Best Contemporary Tanka 2008/2009/2010, is on the panel of the literary e-journal Muse India, for the areas of haiku and short verse Since April 2009, Kala has been the Poetry Editor at Katha, a renowned New Delhi publishing house. In this capacity, she compiled and edited the first ever ebook of haiku, senryu, haibun, tanka and haiga written by thirty five Indian poets. Currently, she is also the lead poet (sabaki) of a Kasen renku with six other international renkujin: experimenting and incorporating the traditional renku with the famed Rasa Theory of India, comprising the nine emotions prevalent in all Indian art forms (which consists of nine rasas or essence, namely: erotic, comic, sorrow, anger, valour, fear, disgust, wonder and tranquillity, traditionally known as the nava rasas).

Kala has written wonderful haiku (and tanka) and it was almost a "mission impossible" to choose from her haiku, but I succeeded I think. I have a wonderful haiku selected for your inspiration.
the child-like joy
seeing a star streak
a new moon sky

And another haiku written by her, which is even more beautiful than the first one.

howling wind —
an autumn note within
the bamboo flute

Both are really gorgeous in my opinion and I think these (and a lot more of her haiku) are really "Sparkling Stars".

It will not be easy to compose an all new haiku who can compete with these wonderful haiku by Kala, but (as you all know), I have to try of course. 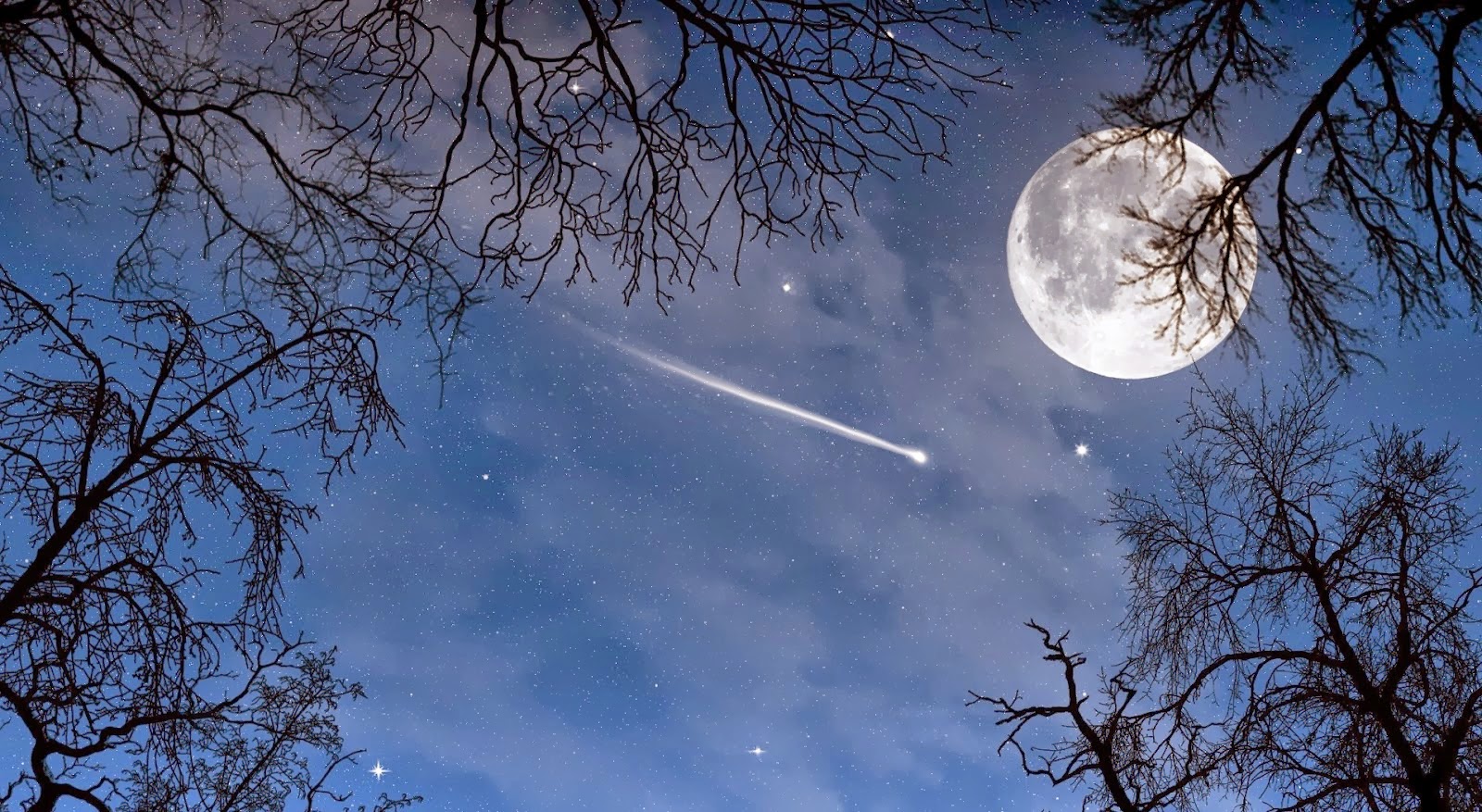 I decided to try compose haiku inspired on each given haiku here, so first I will try to compose an all new haiku on her first haiku given:
a shooting star
draws a silvery line
against the black sky

!! As you all can read in the comments-field Kala gave me another version of the above haiku which I love to re-produce here:

a shooting star
draws a silvery line
the black sky

I think this version is stronger than my first version ... so thank you Kala to share your ideas with me and point me into the right direction.
And here is my haiku inspired on her second haiku:

And I think I will try to compose a haiku in which I will use both haiku by Kala for my inspiration, maybe I will succeed in that.

Awesome to see that one can have a goal and than can see the result of the sources of inspiration deep within our heart ... I think that last haiku that I composed is really a beauty.

This episode of Carpe Diem's Sparkling Stars is NOW OPEN for your submissions and will remain open until next Saturday, March 21th at noon (CET). Have fun!