It's a while ago that I published an episode of Ask Jane and this episode is about tanka. I asked Jane about tanka 'triggered' by a question of Jen (blog it or lose it).

Here is my question:

Tanka is mostly love poetry, but as I read tanka by female or male poets I sense a little difference in emotions. Those differences I also detect in haiku. Is it possible that tanka or haiku are that different in emotions comparing female and male poets?

And this is her answer on my question:
Tanka is mostly love poetry, but as I read tanka by female or male poets I sense a little difference in emotions. Those differences I also detect in haiku. Is it possible that tanka or haiku are that different in emotions comparing female and male poets?

For a while we considered haiku as 'male' and tanka as 'female' poetry forms. It is true for Japan that all of their famous writers of tanka were women (even though some males have occasionally championed some male in their own circles) and we have only Chiyo Ni as one famous Japanese haiku writer among all those haiku masters - so that tells you something. I find it interesting that it is male writers who make the rules for tanka writing, but it IS the women who use the form best (at least in Japan). In the past 15 years, however, in English, many men have gotten in touch with their female sides (or access their emotions more easily) so this is changing. Also it used to be that haiku were mostly centered on events or things of nature but also in recent English haiku history, more and more the haiku have centered on humans and their relationship to nature - a facet of poetry that was entirely tanka-like but the division between the two forms is blurring for us due to this change. I do feel there should be a difference to haiku and tanka other than the number of lines. When I judge a haiku contest I take out all the haiku that focus on people and what they do or think or feel as much as I can as I feel this inspiration belongs in a tanka. The opposite is also true. When I read a tanka that only draws a picture (all the parts of the tanka are about the event or picture) I see it as an elongated haiku. If there is a switch from describing a fact of nature to one of persons or their feelings in  1/2 the lines, then this is tanka no matter how long or short the poem. I feel it is a misconception to think of tanka as only 'love poetry' because  tanka also includes all human emotions, excluding only hate and violence. I do think that any feeling we humans have belongs in tanka. Probably even the violent and hateful stuff although I know I do not enjoy reading poetry (which traditionally is the best of our lives) on those subjects. Also when one uses the English term 'love poetry' it usually implies the lust between lovers, but our "loves" cover many subjects and territory beyond that. The Japanese allowed themselves to handle only certain aspects of lover love poetry - like missing a lover, hoping to find one, and less about the mechanics of love-making as you well know. Let me know if I missed answering what you need to know.

A wonderful answer ... Thank you Jane for answering my question. As a kind of thank you gift to you, dear Jane ... a tanka: 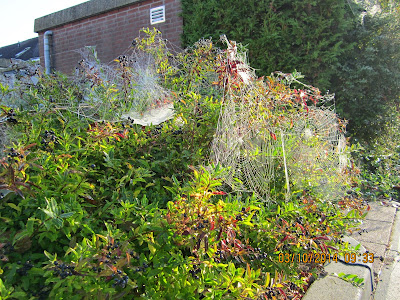