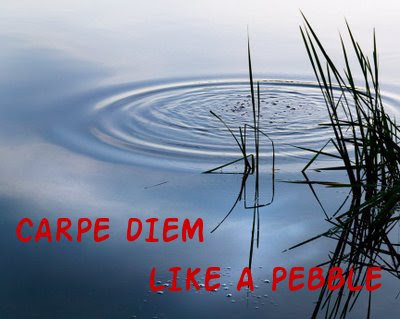 Maybe you can recall our "analyze that haiku" CD-feature in which I asked you to analyze a haiku. I remember that I have done that feature once or twice, but it didn't worked out I think. So I have created another CD feature "Like A Pebble". In this new feature I will ask you to do the same as in the above mentioned CD feature, but now you have to do it backwards. Now you have to write a haiku (or tanka) inspired on a scene I will tell you, describe to you. It's a kind of "training" to write a haiku after reading the scene. In this "training" you are the haiku poet/ess who writes a haiku based on a moment as short as the sound of a pebble thrown into water. It's a short moment, an eye-blink, which inspires you to write a haiku. As you know I see CDHK as a family of haiku poets and so I love to ask you to (if you want to of course) email me a short scene to inspire our family members for the next episode of CD "Like A Pebble". Our next episode will be on August 14th. If you would like to write the scene for our next episode of "Like A Pebble" you can email your scene to our email address: 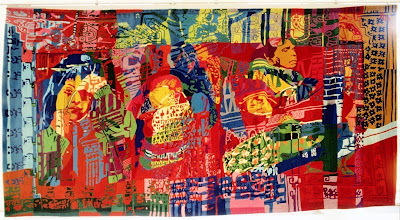 For this first episode of "Like A Pebble" I will describe a scene of autumn, a nice experience while being outside with my grandkids. Here is the scene which you have to use for your inspired haiku or tanka:

Laughter resonates through the city park. The trees starting to become colorful, leaves decaing slowly and rustle in the wind. I smell the sweet perfume of decay and wet earth. The sun shines brightly sometimes hiding behind darkening clouds. A few meters in front of me my grandchildren are playing in an amount of fallen leaves.
"Look granddad!"
My youngest grandson shows me a chestnut he has found.
"Awesome Sem", I respond.
I kneel in front of him. The chestnut is almost glowing in the sunlight and as I look closer I can see a faint reflection of my face on the shining skin of it.
"That's a beauty Sem. Where did you find it?"
He points to the leaves. His two brothers are laughing aloud and are throwing with the colored leaves. It looks like it is raining leaves.
After a while we walk further through the park. It starts raining. Raindrops are falling, painting circles in the pond. the circles are slowly widening, becoming larger and larger. The circling waves finally faint away, but the rain makes new ones over and over again until ... the rain has stopped and the sun appears from behind the, now rainless, clouds. At the Western horizon the colors of an ending day become visible.
I take my grandsons by the hand and we walk home. As we cross a bridge Sem stops takes his chestnut out of his pocket and throws it into the water.
"Look granddad ... my chestnut makes circles."

I hope you liked this scene and that it will inspire you to write/compose an all new haiku or tanka which gives words to the short moment I have painted in the above scene. That short moment of the sound of a chestnut thrown into water.

Here is my attempt to catch that short moment "like a pebble" ..... thrown into water:


laughter of children
searching for chestnuts between leaves
Ah! what a joy

A nice haiku, if I may say so. I think it shows the scene as I described. That one moment ... of joy.

This episode is NOW OPEN for your submissions and will remain open until August 14th at noon (CET). I hope to read wonderful haiku or tanka in which the scene is captured "Like A Pebble".
By Chèvrefeuille - July 31, 2015