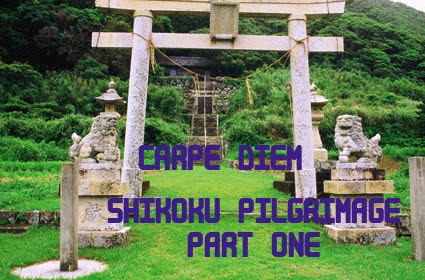 Today we arrive after a long walk at the Zenrakuji Temple in Kochi, the capital of Kochi Prefecture. This temple is devoted to Amida Nyorai or Buddha Amida. It's very well known as part of several haiku written by Issa for example this one:

or this one, also by Issa:

if you're praying
pray to Amida Buddha!
summer cicadas

Basho also wrote several haiku on Amida Buddha or Nembutsu (the strong word for Amida Buddha), but I couldn't retrieve a few examples of those haiku by Basho. Maybe I will recover them later on and than I will share them with you all.

Let me tell you a little bit more about Amida Buddha or Amida Nyorai. Amida Nyorai is widely known for the practice of chanting "Namu Amida Butsu," the six syllables of his sacred name, in the Pure Land tradition of Buddhism. In the Pure Land (Jôdoshû) and True Pure Land (Jôdoshinshû) Schools, Amida Nyorai is the main deity, and spiritual peace of mind lies in being able to attain salvation by relying on his power. By this doctrine, it is explained in the widely read Amida Sutra that "the Buddha's radiance is infinite and illumines all of the countries in the ten directions totally without obstruction. That is why he is called the Buddha of Infinite Light. The life span of the Buddha is infinite, without limit, and never ends; and therefore he is called the Buddha of Infinite Life." The name Amida is from the Sanskrit word meaning infinite life, and because Amida's compassion is infinite and without boundaries, he is also called the Buddha of Infinite Life. 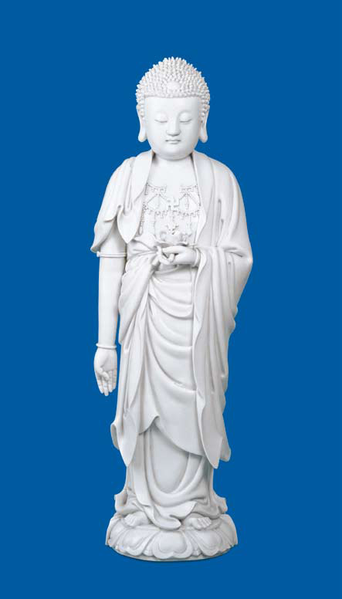 
Amida Nyorai presides over the Pure Land of the Western Paradise, holds to many vows specified in the Forty-eight Vows of Amida, and is particularly known for "Amida's coming and greeting" by which he will come with a host of attending bodhisattvas to greet a person who is about to die and lead that person to the Pure Land. 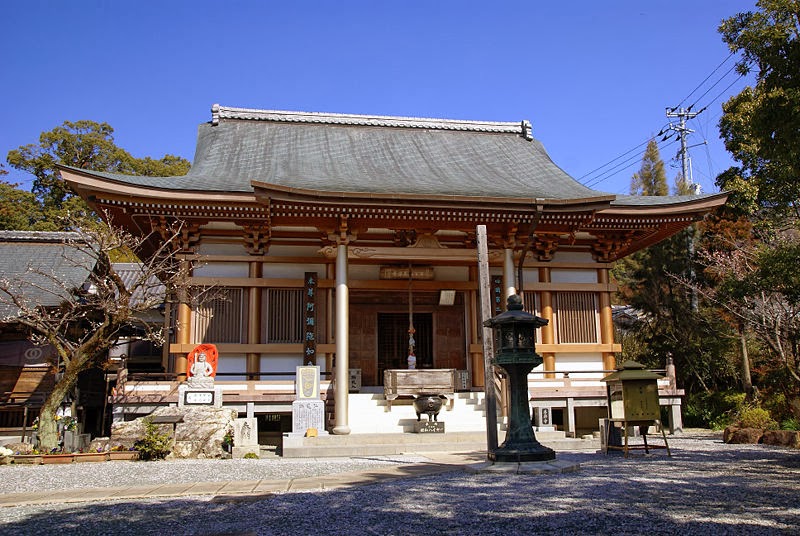 Eternity awaits
as the Western paradise
is seen at dusk

This episode is open for your submissions tonight at 7.00 PM (CET) and will remain open until February 19th 11.59 AM (CET). I will post our new episode, Chikurinji (Temple 31), later on today.