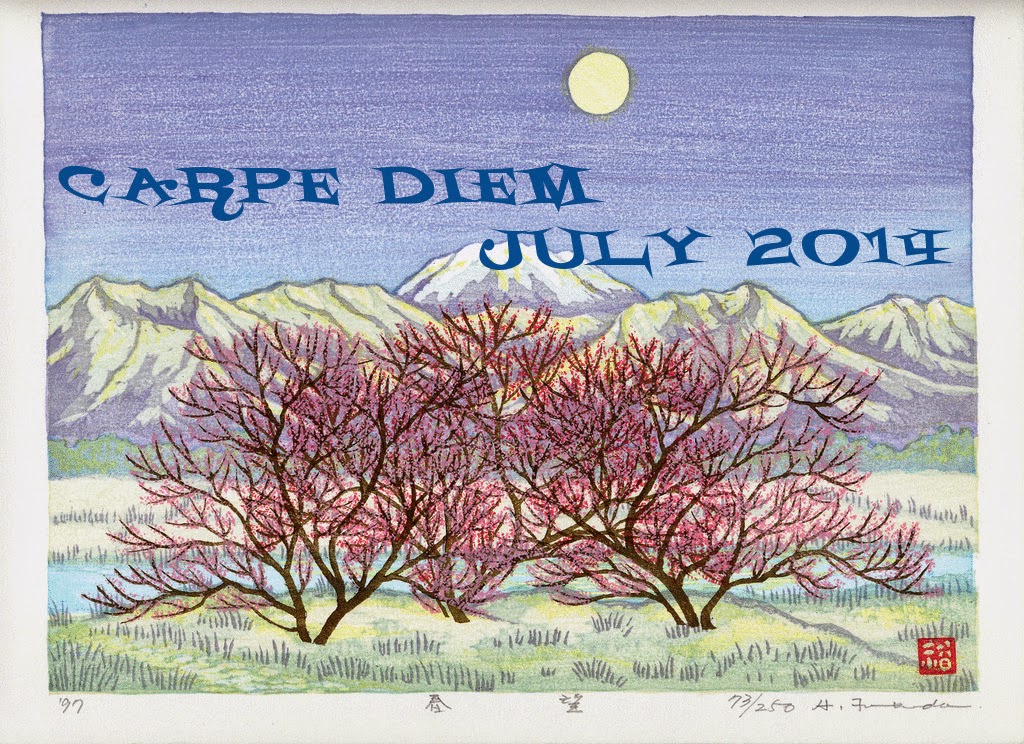 We have had already two haiku of each of the 'big five', Basho, Chiyo-Ni, Buson, Issa and Shiki, and today we are going to start with our third 'round'. Today I have a rather controversial haiku for you by Matsuo Basho.
Basho was, and I think many of you didn't know that, homosexual and he loved younger guys. In his time it wasn't a secret (as it is still nowadays) that there were homosexual man, they were accepted as just a part of the community. Homosexuality is still not accepted in several countries, in some countries you can get the death-penalty if you are gay, but there are also a lot of countries in which homosexuality is accepted as just a kind of love between two humans as is heterosexuality.
I think a lot of you didn't know that Basho was homosexual, but in his time homosexuality was very common in the world of arts. In several of his haiku he writes about his homosexuality, sometimes in deeper layers and sometimes out in the open.
In the haiku for today he writes about his love for a guy. He not says it out in the open in this haiku, but in a deeper layer, in the meaning of the words he used.

In this CDHK episode, I love to share a haiku which wasn't included in Narrow Road, but was written while he was on his journey to the Deep North.
The haiku following now is a nice one and has also a reverence to his homosexuality. It's commonly known that Basho was a homosexual.

While Basho was staying at the Yamanaka Hot Springs, the 16 year old son of the innkeeper, Izumiya Matabel, attracted Basho's attention. He gave the young man the nom the plume Toyo (to = momo = peach) and (yo = the young beauty of). This name has a connection with Basho's earlier nom the plume "Tosei" (green peach) which forms a literary connection between the two, according to Oseka-san. However, other implications arise. Basho didn't choose to include the verse in his official travel journal but it was published in 1698, by Fukaku, a doctor in Kyoto, who made a book of 522 hokku classified into the season.

a peach tree
its leaves aren't scattered
winds of autumn

When we look closely to this haiku we can see the young man to whom Basho was attracted, the peach tree, young, his leaves not scattered by the autumn wind. He is strong, this haiku glorifies the young man and his looks.
It's surely a wonderful haiku with a strong touch of love in it. Basho admires Toyo for his young beauty and maybe ... was in love with him.
But ... his love for Toyo isn't the important item in this haiku. It's the haiku which is important. It's a well balanced haiku and surely one in which Basho's master skills are very clear. I think this is one of his masterpieces.
It will be a challenge to write a new haiku for this episode of CDHK. Can I do that? Will I succeed? Let's give it a try.

This was a tough one. It wasn't easy to write this one. It's for sure in the Spirit of Chèvrefeuille, but is it also in  Basho's Spirit? You, my dear visitor, may decide that.

I hope you all did like this episode and I hope it will inspire you to write/compose a whole new haiku. And of course I hope I didn't make you 'angry', because of the controversiality of this haiku. Usually I try to respect your boundaries and mine, but I also think "I can say all and everything here, if respectful.

This episode is NOW OPEN for your submissions and will remain open until July 15th at noon (CET). I will try to post our next episode, the third haiku by Chiyo-Ni, later on. For now ... have fun, be inspired and share your haiku with us all here at our Haiku Kai.