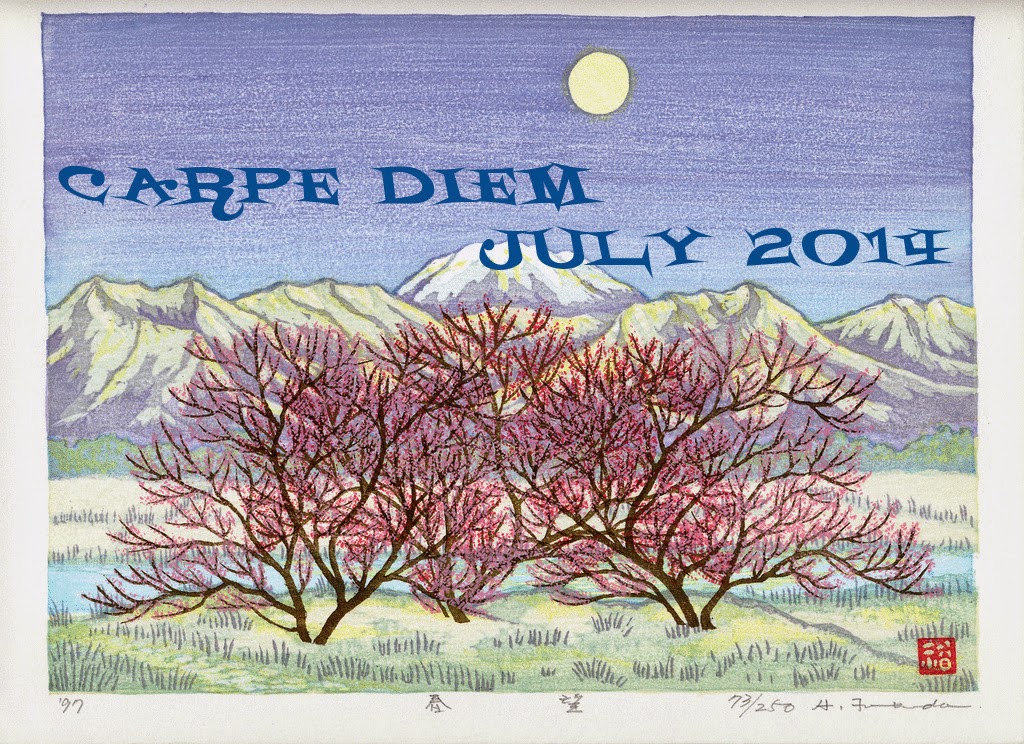 Here it is our last haiku by Shiki and I have chosen to use his deathpoem, his Jisei. It's his very last haiku he wrote before he died as was a common use in classical Japan. I think in our time there will be also haiku-poets who write a last haiku before they die, but I don't know that for sure.

Shiki also wrote his death-poem and there is a nice story about that moment ... I love to share that here with you.


Because of a debilitating disease (tuberculosis) Masaoka Shiki had to be confined to his bed for almost 7 years until he passed away. Despite the pain, he continued writing poems while lying on his back. When Shiki came near to death, one of his disciples, Hekigoto was at Shiki's bedside. Hekigoto wrote about how Shiki wrote his final three haiku as follows:
[…] "It was around 10 o'clock on the morning of September 18. I dipped his old writing brush ,whose stem and brush were both thin, full of ink and had him hold it in his right hand. Then quite abruptly in the center of the paper Shiki began to write readily "sponge gourd has bloomed " , and a little below that phrase, he again moved his brush in a breath "choked by phlegm" I was a little curious what he was going to write next and was watching the paper closely, then at last he wrote "a departed soul", which bit into my heart". [...]


Hekigoto was very touched when Shiki began to write the poem. Shiki was so weak, and desperately coughing, but he still had a determination to write these haiku.

As I read the above story I thought that I also wish to share a haiku by Hekigoto (1873-1937), but I didn't know haiku written by him. So I had to sought out the Internet and I ran into the next haiku written by Hekigoto.﻿
from a bathing tub
I throw water into the lake -
slight muddiness appears


Hekigoto was probably the most famous of Shiki's students. He was of the younger generation of haiku greats. His earlier poems followed the traditional haiku format. Later in his career he began to abandon the traditional form. He wanted his poems to come as close to reality as possible without the interference of man made rules. He started the New Trend Haiku Movement. He experimented with disregarding the seventeen syllable pattern.
far fireworks
sounding, otherwise
not a thing
© Hekigoto
Are these haiku gorgeous or not gorgeous? That's up to you to say, but to me they are wonderful. It will not be an easy task to write/compose an all new haiku (or more) to come close to the spirit of these haiku, or this haiku by Shiki.

This episode is open for your submissions tonight at 7.00 PM (CET) and will remain open until July 31st at noon (CET). I will try to post our next episode, a new Ghost Writer post, later on. For now ... have fun, be inspired and share your haiku with us all.