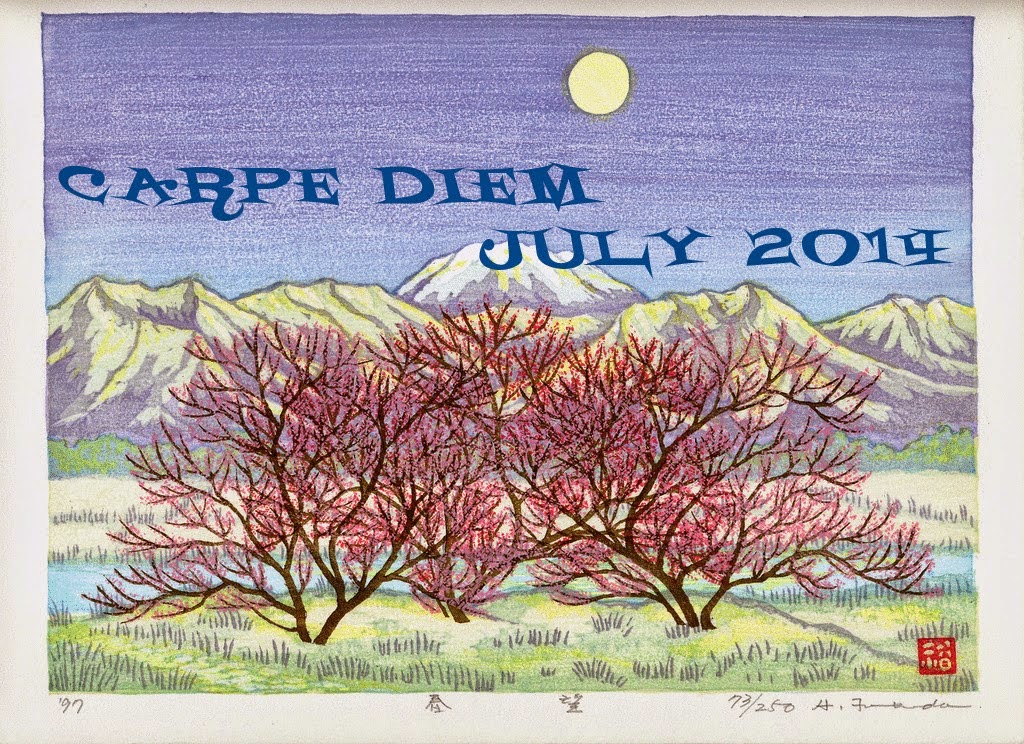 Well ... I have said it already several times, but this month of all big five haiku-poets is almost over and I am looking forward to our next CDHK-month in which we will have all prompts based on Khalil Gibran's "Sand and Foam", that also will be a great month ... and of course in that month we will have the CD Specials back and this month that will be Jim Kacian co-founder of the World Haiku Association.
Oke back to our prompt for today. Today we have our last (the fifth) haiku by Kobayashi Issa and I think I have found a wonderful haiku written by him in which he mentions one of his children. As you maybe know Issa had several kids who died young.

It is a Japanese custom to write with a writing brush on the second day of the year. This haiku was written in Twelfth Month, 1819, several months after the death of Issa's daughter, Sato, so it could be a haiku in loving memory of her.

And than there is the following haiku also with the sadness of Issa who lost his children all at young ages. This haiku refers to a game children used to play in the pampas grass fields around the neighborhood.

the children
pretend to be foxes...
pampas grass


In the tall pampas grass, the children play at being foxes--a significant choice, since the fox in Japan is considered to be a powerful spirit and god of the harvest. This means the children are not only pretending to be an animal but a supernatural being, just as children in the West might put sheets over their heads to transform into ghosts. The haiku captures a moment of fun, but as always in Issa, it resonates with deeper significance. The children are foxes; they are spirits. They are divine beings happily losing themselves in the tall grasses of the present world.

Issa's life was a life of only sadness ... at least so it looks, but I think his life had also very joyful moments as e.g. the birth of his children and his love for his wife, but also his strong belief in Amida Buddha and the Western Paradise.

Well ... this was our last haiku by Issa for this month, there will of course be more haiku by Issa during CDHK's upcoming months ... so we don't have to miss him.

Here is my attempt to write a haiku in the same sense, tone and spirit as the one(s) by Issa:

This is a haiku in the so called Kanshicho-style which doesn't use the classical syllables-count as Basho did for several years. Basho called "in the way of the Chinese poems". In which he wrote his haiku from 1683 until 1685, afterwards he did re-write several of his haiku into the classical way.
I am a big fan of this Kanshicho-style, because (in my opinion) it's more close to the Western way of writing haiku.

This episode is open for your submissions tonight at 7.00 PM (CET) and will remain open until July 30th at noon (CET). I will try to post our new episode, the last haiku by Shiki, later on.