!! This is the CD Little Creatures episode of Saturday January 24th !!

It my pleasure to present a new episode of our "Little Creatures" feature inwhich the little creatures of nature are playing the leading role. This time I have chosen for a beautiful little flower, the Daisy. And I love to tell you all a little bit more about this nice sweet little flower. There is so much to tell about Daisies so let's go:
If you’re thinking about white daisies, there’s more to daisies than that.  They can also be bright and sunny yellow, purple, pink, red, and orange. Daisies look like cartwheels with petals as spokes.  In other ways, it also looks like a star that’s shining brightly.Even if daisies are a very common name for this flower, it’s also known in many other names.  Names like ox eye, horse gowan, moon penny, poverty weed and dog blow all pertain to the daisy.
Daisies are not poisonous.  In fact, a lot of people add daisy leaves to their bowl of fresh garden salad.

Victorian Interpretation:  Daisies have many different meanings attached to them.  In the Victorian age, it meant innocence, purity, and loyal love.  It also means that you’ll keep someone’s secret.  You’re saying that “I vow never to tell anyone” - when you give someone a daisy.
Superstitions:  Based on Scottish lore, daisies were referred to as gools.  For every farmer who owns a wheat field, they have an employee called the gool rider.  They had the task of removing the daisies from the fields.  For these farmers, if a big crop of daisies was found in your field, you had to pay a fine in the form of a castrated ram.

For the Celts, daisies were thought to be the spirits of children who died when they were born.  It’s God’s way of cheering them up when He created the daisies and sprinkled them on the earth.  This has a big connection to daisies symbolizing innocence.
What's the meaning of Daisies:

Daisies are flowers that mean different things to different people.  It can mean cheerfulness particularly for the yellow colored blossoms and it can mean youthful beauty and gentleness.  Some people look at the daisy to be a symbol of good luck.  However, the most popular meanings attached to the daisy are - loyal love, innocence and purity.  It’s also a taken to convey the message – “I’ll never tell”.Apart from the Celtic legend that daisies were the spirits of children, the symbol of innocence also comes from the story about a dryad who oversaw meadows, forests and pastures.  One of the nymphs, Belides danced around with her nymph sister when the god of the orchards, Vertumnus saw her.  To make sure that she escapes his attentions, she turned herself into a daisy thus preserving her innocence.In terms of loyal love, daisies are used by women particularly in the Victorian age to see which suitor loves them the most.  By picking on the flower’s petals, a woman would know who loves her and who does not.
﻿I found a few wonderful haiku on Daisies:

© Caroline Brown
Or what do you think of this one:

And I found another nicely written haiku with Daisies as theme:

© marycec
All wonderful haiku inspired on Daisies. Here are a few I wrote myself:

around the mansion
daisies standing strong together
after the storm

thousand daisies
around the farmer's house -
lowing of a cow
© Chèvrefeuille 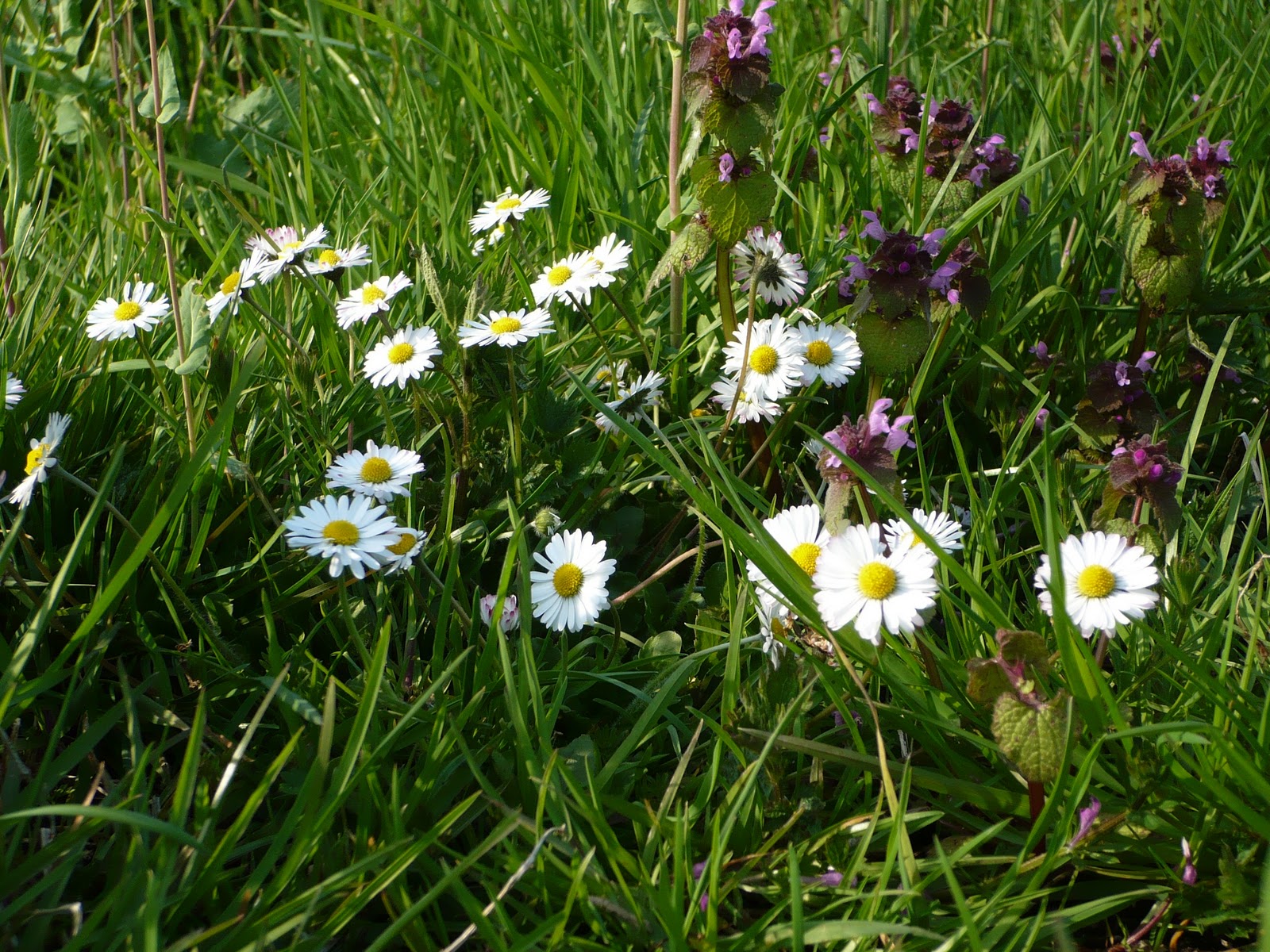 This "Little Creatures" episode is open for your submissions Saturday January 24th at noon (CET) and will remain open until January 31st at noon (CET).