!! I publish this episode earlier, because I am in the nightshift !!

Impressionism ... is our leading theme this month and I will often use paintings by the "Godfather" of Impressionism, Claude Monet. Impressionism, the name says it all, ... it's an impression of the scene, but that sounds more easy than it really is, because the impressionists were mostly painting in plain-air, so outside, and were obsessed with the light during the day. The daylight in the morning is very different, with the light of noon for example and the day light of a late summer evening is also very different with the day.
Impressionists painted impressions and during the years this style changed to pointillism and cubism.


For today's prompt, Water Lilies, I have chosen another nice painting by Claude Monet, this one is one of his most known paintings and it is often used to show what Impressionism means. A wonderful painting I think and in this one you can see what "impressionism" means. The Water Lilies are just a faint image of the reality, but you can see that it are Water lilies. It's done with strong short brush-lines and when you look at it from a distance than those strong brush lines are flowing together to become a wonderful image/painting.

I found a wonderful "water lily" haiku written by Sylvia Forges-Ryan in which she brings together this idea which I wrote above "haiku is Impressionism";

Among these lilies
in Monet’s pond
Basho’s water sound


And they noted:
Here’s that splash again, only now it brings together the spontaneity of Nature―Basho’s “water sound” ―and the art of a painted garden. Even in a pond as beautiful as Monet’s, filled with a mass of lovely water lilies, the frog still goes “pop!” The splash breaks through the stillness of the art.

An awesome haiku I think ... isn't it great to see how an ancient poem (frogpond haiku) and an ancient painting (Waterlilies) are melting together in one haiku?
That frog, responsible for the sound of water, will not be stopped by the Water lilies ... he has to make that sound, that one moment on which a haiku is based.

Awesome ... isn't it? We are all haiku poets, but we are also Impressionistic painters ... (smiles). 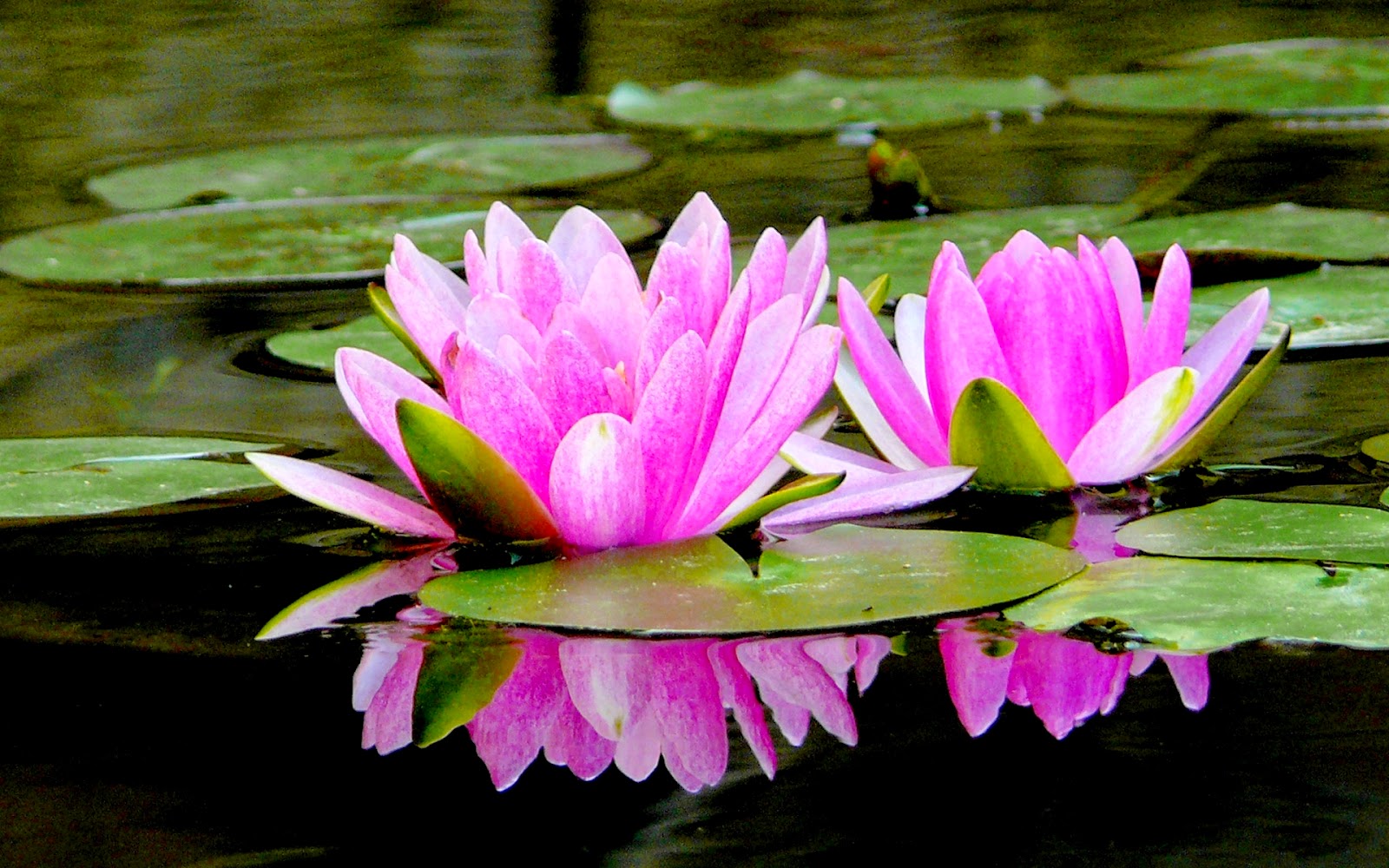 Here is my impression of "water lily". It's one from my archive, but I think it fits this episode very well ...


strange perfume
from a faraway place
lotuses blooming
© Chèvrefeuille
This episode is open for your submissions tonight at 7.00 PM (CET) and will remain open until February 7th at noon (CET). I will (try to) post our next episode, Starry Night, later on.