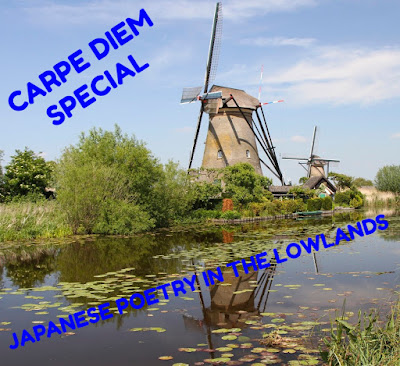 Welcome at the second CD-Special of Japanese Poetry In The Lowlands. In this month I love to introduce a few of my fellow Dutchmen who also are haiku poet. The Netherlands have a long history with Japan. This goes even back to the time of Matsuo Basho and Yozakura.

In this episode I love to introduce to you Jurgen Diepstraten. I met Jurgen through a Dutch Facebook page about haiku. And I was caught by the first haiku I read written by him. It was a wonderful haiku and I hope that my translation will do that haiku justice.

stilled time
here one can see tranquility
reflecting in water

It wasn't an easy task to translate this haiku, but I think I did the Dutch version justice.

I don't know if Jurgen started haiku writing just recently, but in my opinion his haiku are wonderful, maybe sometimes more like senryu, but that doesn't matter, because according to Jane Reichhold is there almost no difference between haiku and senryu. 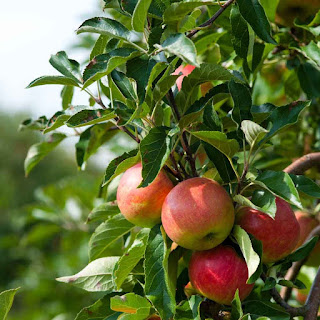 So here I have an other haiku by Jurgen Diepstraten to inspire you:

As you can see in the Dutch versions Jurgen writes his haiku in the classical way following the sequence of 5-7-5 syllables. That makes it more difficult to translate them.

Jurgen Diepstraten is a gifted haiku poet and I look forward to what he will write more.

I have tried to create a haiku inspired on the haiku about the apple pie and I came up with the following haiku:

first frost -
a treasure for the birds
fallen apples


And I found a few nice haiku in my archives:


drizzling summerday
longing for the autumn weather -
harvesting apples
© Chèvrefeuille
This episode is open for your submissions tonight at 7.00 PM (CET) and will remain open until November 14th at noon (CET).