Fujiwara no Teika lived in the 13th century and was one of the first tanka poets who shared his thoughts about tanka with the world. He created ten writing techniques to improve his skills (and the skills of others) to write / create tanka.

Appropriate statement From the former emperor Go-Toba's Secret Teachings, is his statement that the Priest Shun'e said of this style "that a poem should be composed so that seems to glide as smoothly as a drop of water rolling down the length of a five-foot iris leaf". The priest was known to have composed in a smooth quiet manner.As example is this poem by Shunzei, #16:988 Senzaishū:sumiwabite / mi o kakusubeki / yamazoto ni /amari kuma naki /yowa no tsuki kanaweary of the worldI thought to hide myself awayin this mountain villagebut it reaches every corner of the nightbright radiance of the moon
In this Tanka Writing Technique we can see (and read) immediately that tanka and haiku are in a way the same. The only difference, according to this technique, is the form. Tanka has five lines (5-7-5-7-7) and haiku has three lines (5-7-5), but they both have nature as their most important theme. However ... in tanka we can find mostly a more secret layer on love, sensuality and sexuality, because tanka as we already know was derived from waka, which was a kind of love-poem to share secret love-affairs with. 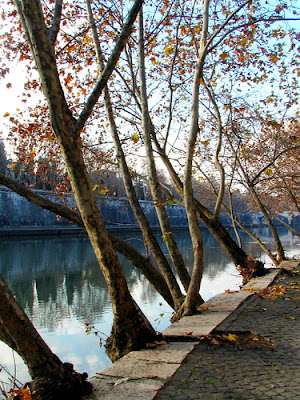 bare branches colorful leaves fallen a natural quilt thoughts arise ... arouse the senses sharing warmth with the one I love

This episode is NOW OPEN for your submissions and will remain open until November 8th at noon (CET). I will try to publish our next episode, low sunlight, later on. For now ... have fun!