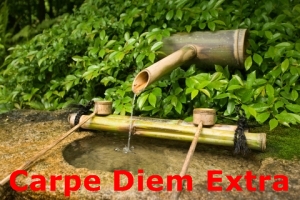 The voting for our first CDHK Kukai "Wisteria" has started and I love to give you all a little update.

The first CDHK Kukai "Wisteria" has 11 participants and they submitted 23 haiku all together. All wonderful and in my opinion really nice. The voting for the Kukai is as follows:

If you were a participant in the Kukai than you have gotten the list with all the entries, anonymous of course, and you could vote for three haiku following the rule: 3 points for the best haiku, 2 points for the second best and 1 point for the third best haiku, so everyone had 6 points to share. In total that makes 66 points (11 participants who could give 6 points each).

After gathering all the points I will count all the points given and than we will have a winner. The winner shall be our featured haiku poet/ess in upcoming June and will get the opportunity to compile a haiku e-book in which a maximum of 25 pages, or 50 haiku will be gathered  This e-book will be published on CDHK and will be made downloadable at CDHK.

At this moment I have almost all the judged haiku back. And there are two haiku with 7 points each, Will that mean that we will have two winners? We will see, but if there are multiple winners than I will ask an objective judge to decide finally who will be the winner.

Those participants who haven't send me back their points can do that until end of April 2015. I will announce the winner on May 7th 2015.

PS.: After announcing the winner I will start our second CDHK Kukai and this Kukai, say the summer-edition, will have the theme "SUMMERTIME" ...
By Chèvrefeuille - April 22, 2015