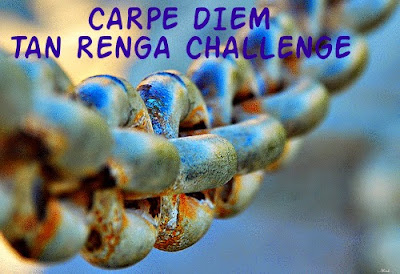 This week's Tan Renga Challenge, in which I challenge you to write a second stanza towards the given first stanza ("hokku"), is very special in my opinion. I was running through my archives and my library and ran towards a well known poet, Allen Ginsberg. Ginsberg is one of the poets from "The Beat Generation" as was e.g. Jack Kerouac. I was reading about Ginsberg and I discovered that he had written haiku once. His haiku were never published, so this is a very special Tan Renga Challenge.

Let me first introduce Allen Ginsberg to you. Irwin Allen Ginsberg (1926 – 1997) was an American poet and one of the leading figures of both the Beat Generation of the 1950s and the counterculture that soon would follow. He vigorously opposed militarism, economic materialism and sexual repression. Ginsberg is best known for his epic poem "Howl", in which he denounced what he saw as the destructive forces of capitalism and conformity in the United States.

In 1957, "Howl" attracted widespread publicity when it became the subject of an obscenity trial, as it depicted heterosexual and homosexual sex at a time when sodomy laws made homosexual acts a crime in every U.S. state. "Howl" reflected Ginsberg's own homosexuality and his relationships with a number of men, including Peter Orlovsky, his lifelong partner. Judge Clayton W. Horn ruled that "Howl" was not obscene, adding, "Would there be any freedom of press or speech if one must reduce his vocabulary to vapid innocuous euphemisms?"
Ginsberg was a practicing Buddhist who studied Eastern religious disciplines extensively. He lived modestly, buying his clothing in second-hand stores and residing in downscale apartments in New York’s East Village. One of his most influential teachers was the Tibetan Buddhist, the Venerable Chögyam Trungpa, founder of the Naropa Institute, now Naropa University at Boulder, Colorado. At Trungpa's urging, Ginsberg and poet Anne Waldman started The Jack Kerouac School of Disembodied Poetics there in 1974.

And I love to share a few haiku (never published in print) written/composed by Ginsberg.


Looking over my shoulder
my behind was covered
with cherry blossoms.

I didn't know the names
of the flowers—now
my garden is gone.


I slapped the mosquito
and missed.
What made me do that?

Nice haiku. As I selected these I really saw/read the classics in them. For example that third haiku brought a haiku by Basho in mind:
a mosquito
aiming noisily -
the sound of one hand

A few other haiku by Ginsberg:

A frog floating
in the drugstore jar:
summer rain on gray pavements.

On the porch
in my shorts;
auto lights in the rain.

Another year
has past—the world
is no different.

The first thing I looked for
in my old garden was
The Cherry Tree.

In this 'series' of haiku by Allen Ginsberg brought also a haiku in mind by one of our classic haiku poets, Buson:

Allen Ginsberg was a "fan" of the classical haiku poets and the above haiku he wrote, so is said, he wrote while reading one of the four volumes "haiku" by R.H.Blyth. 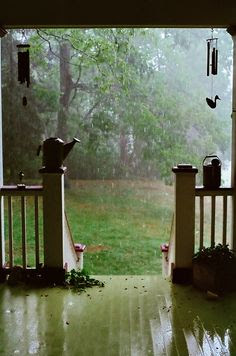 So it is really a pleasure to share these haiku by Ginsberg with you. Ok ... back to our Carpe Diem Tan Renga Challenge. I love to challenge you all to complete the following Tan Renga starting with a haiku by Allen Ginsberg:

on the porch
in my shorts;
auto lights in the rain

Well ... let me see what I can do with this haiku. To complete the Tan Renga I have to associate on the images shared in the haiku above. As I look at the complete scene than I think it's a summer haiku. It has been a hot day, he sits in his shorts on the porch; and it rains. It's late evening, because of the "auto lights". So how to complete this Tan Renga ...
In the above short biography of Ginsberg we can read that he was a Buddhist ... so can I use that for my second stanza. In the above biography we can read Ginsberg was homosexual ... can I use that maybe?
Hm ... to many thoughts, to many images and associations to choose from, so I decided to complete this Tan Renga in a very simple way ...

Hm .... I like this completion. It completes the scene. After a long hot day alone finally together again, no more tears to shed (the rain), but only intense happiness (auto lights). A warm loving scene I think.

Well .... it's up to you now. Make this Tan Renga complete by writing the second stanza of two lines with approximately 7-7 syllables. This Tan Renga Challenge is NOW OPEN for your submissions an will remain open until next Friday June 26th at noon (CET). Have fun!