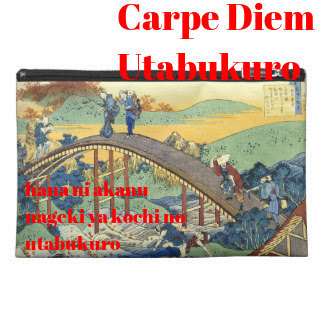 It's my pleasure to introduce to you all an all new feature here at Carpe Diem Haiku Kai. This new feature is based on a haiku by Basho which he wrote when he was around 22 years of age, it's one of his earliest known haiku according to Jane Reichhold. I have called this new feature "Carpe Diem Utabukuro, which means "poem bag".
The logo above is a bag with a wonderful print of a Japanese woodblock and in the logo you can read the romaji translation of the haiku on which this new feature is based. I will give that haiku here again: 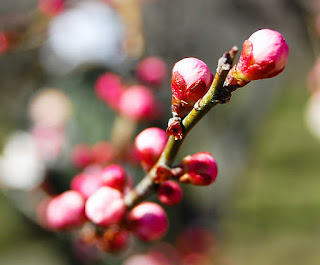 I will give you an example:

As you all know I wrote my first English haiku several years ago (2005) and that started my international fame as a haiku poet. I love to share that haiku here again, by the way this haiku is slightly different with the original haiku on advice of Jane herself:

This haiku is a haiku which is always on my mind, because of the strong emotions in it and through the emotions that it was the start of my international career as a haiku poet. And there is another deeper meaning in it, not only a Zen meaning (loneliness, emptiness), but also the sorrow of losing my only brother in 1995. My brother and I were always together, as we say here "four hands on one belly", after his death I lost my companion for life and with this haiku I tried to bring that feeling into my poetry.

I have explained the first task of this new feature and I think you understand what I mean if I look at the second task of this feature ... write/compose an all new haiku inspired on the haiku or tanka of your choice. So I will do that also in this introduction to this new Carpe Diem Utabukuro feature:

a single tulip
covered with snow
arrival of spring 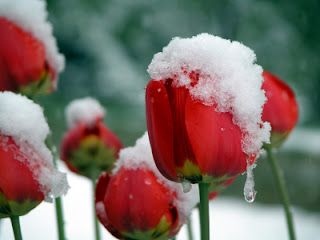 For this new feature I will give no prompts, but sometimes I will ask you to "put a haiku or tanka in our CDHK poem bag" on a given theme.

I will publish every Saturday an episode of this new CDHK feature, so you have one week to submit a haiku or tanka of your own choice to put into our CDHK poem bag.

This episode is NOW OPEN for your submissions and will remain open until next Saturday June 20th at noon (CET). Have fun!