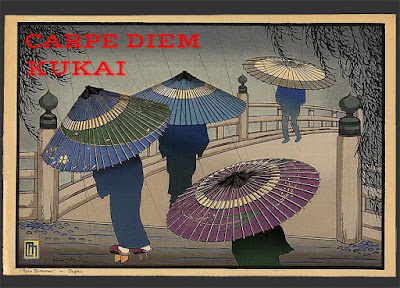 It's my pleasure to announce the start of our 6th kukai. This kukai has the theme "TIME" ... and I invite you all to send haiku (new and not early published, a maximum of three) inspired on the theme "time" to our emailaddress: carpediemhaikukai@gmail.com Please write "kukai time" in the subject line. To help you to become inspired I have a nice quote by Khalil Gibran for you.


Khalil Gibran, a modern times (end 19th and begin 20th century, must be modern heh) philosopher, has written really awesome books. His thoughts were very different as those of the government in his country Lebanon and so he had to fled to the United States were he became a great man and author in the same league as Shakespeare. It's awesome to read his thoughts and ideas ... I can empathize with him, because he has in a way the same thoughts and ideas as I have, but ... I cannot really give the right words to it ...
[...] "We measure time according to the movement of countless suns; and they measure time by little machines in their little pockets. Now tell me, how could we ever meet at the same place at the same time?" [...]
A lack of time is an "illness" of modern times ... I am a guy who lives in the modern time, but does that mean that I have to confirm to the fastness and lack of time? I don't think so. 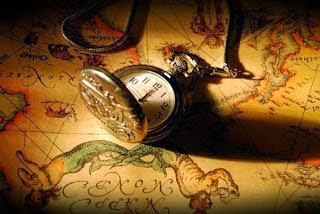 I think I have an idea to become rid of my problem ... I just throw my watch away and let those countless suns make my day. I have to adapt to nature's time, I don't need to stay awake until 2 o'clock in the night. I just have to go to my bed as the evening falls and get out of bed as the morning rises. Wouldn't that be awesome? Just going with nature and the way of the sun ... That's the time of a haiku-poet. As I stated in another episode at Carpe Diem Haiku Kai haiku-poets are the poets of nature, they are the keepers of nature ... so I have just to listen again to my own words and the words of our classical haiku-poets. We just have to listen to our ancestors ... Did they have a shortness of time? I don't think so.
From this moment on ... no time problems anymore. I just go with the flow, just go with the movement of countless suns and with the tides.


changing tides
my restlessness has gone
time is at my side

I hope this will help your inspiration. This new CDHK Kukai "time" is NOW OPEN for your submissions and will run until February 14th 10.00 PM (CET). I am looking forward to your submissions. Please feel free to invite others to participate in this kukai.