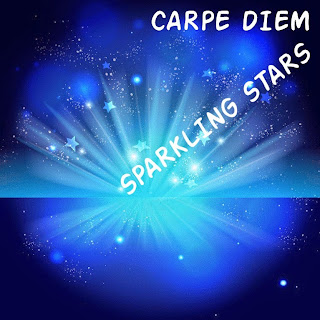 Natsume Sōseki (1867-1916), born Natsume Kinnosuke, was a Japanese novelist of the Meiji period (1868–1912). He is best known for his novels Kokoro, Botchan, I Am a Cat and his unfinished work Light and Darkness. He was also a scholar of British literature and composer of haiku, kanshi, and fairy tales. In Japan, he is often considered the greatest writer in modern Japanese history. He has had a profound effect on almost all important Japanese writers since.
Born as Natsume Kinnosuke in the town of Babashita in the Edo region of Ushigome (present Kikui, Shinjuku), Sōseki began his life as an unwanted child, born to his mother late in her life, forty years old and his father then fifty-three. When he was born, he already had five siblings. Having five children and a toddler had created family insecurity and was in some ways a disgrace to the Natsume family. In 1868, a childless couple, Shiobara Masanosuke and his wife, adopted him until the age of nine, when the couple divorced. He returned to his family and was welcomed by his mother although regarded as a nuisance by his father. His mother died when he was fourteen, and his two eldest brothers died in 1887, intensifying his sense of insecurity.
In 1887, Sōseki met Masaoka Shiki, a friend who would give him encouragement on the path to becoming a writer, which would ultimately be his career. Shiki tutored him in the art of composing haiku. From this point on, he began signing his poems with the name Sōseki, which is a Chinese idiom meaning "stubborn". In 1890, he entered the English Literature department, and quickly mastered the English language. In 1891 he produced a translation into English of the classical work Hōjōki. Sōseki graduated in 1893, and enrolled for some time as a graduate student and part-time teacher at the Tokyo Normal School.

Sōseki's literary career began in 1903, when he began to contribute haiku, renku (haiku-style linked verse), haitaishi (linked verse on a set theme) and literary sketches to literary magazines, such as the prominent Hototogisu, edited by his former mentor Masaoka Shiki, and later by Takahama Kyoshi. However, it was the public success of his satirical novel I Am a Cat in 1905 that won him wide public admiration as well as critical acclaim.
Much of his work deals with the relation between Japanese culture and Western culture. Major themes in Sōseki's works include ordinary people fighting against economic hardship, the conflict between duty and desire (a traditional Japanese theme), loyalty and group mentality versus freedom and individuality, personal isolation and estrangement, the rapid industrialization of Japan and its social consequences, contempt of Japan's aping of Western culture, and a pessimistic view of human nature. Sōseki took a strong interest in the writers of the Shirakaba (White Birch) literary group. In his final years, authors such as Akutagawa Ryūnosuke and Kume Masao became close followers of his literary style.
I had never heard from Soseki, but as I ran into his work I was immediately in love with his work. In his work (in my opinion of course) you can see the influence of Shiki, who was Soseki's teacher and friend.

Here are a few haiku written by Soseki:


over the wintry
forest, winds howl in rage
with no leaves to blow

the lamp once out
cool stars enter
the window frame


the worldly desires,
all one hundred and eight are gone -
this spring morning

It's a while ago that I published an episode of Sparkling Stars, so I will tell you the goal again here at our Haiku Kai. It's a bit similar with the CD-Specials, but there is a little difference. I introduce a 'masterpiece'  (or "masterpieces") of one of the classic haiku-poets (well-known and less-known) to inspire you to write a new haiku and here is the difference with the CD-Specials: Those new haiku, inspired on the 'masterpiece', have to follow the classical rules of haiku:


1. 5-7-5 syllables
2. a kigo (or seasonword)
3. a kireji (or cutting word, in Western languages mostly interpunction)
4. a moment as short as the sound of a pebble thrown into water
5. a deeper meaning (could be Zen-Buddhistic or other spiritual or religious thought)
6. and the first and the third line are interchangeable.


For this "re-birth" of Carpe Diem Sparkling Stars you may choose from the above reproduced haiku by Soseki for your inspiration. It's just for fun, so enjoy!

Here is my response on this "Sparkling Stars" episode:

I think I have caught all the classical rules in this one, but I am not sure about the deeper meaning ...

This episode of "Sparkling Stars" is NOW OPEN for your submissions and will remain open until January 22nd at noon (CET). Have fun!

PS. I am hopelessly behind with commenting. I hope to catch up soon.