Isn't it amazing? This is our 700th episode of our Carpe Diem Haiku Kai, the regular episodes of course. So we have a little celebration ... I have presented you with 700 (regular) episodes in which I challenged you to write an all new haiku inspired on a given prompt. Awesome!

This month we are on a journey to discover the beauty of the Bhagavad Gita and maybe find "peace of mind", as is the central theme this month. Today it's not really a part of the Bhagavad Gita, but more a kind of exchanging thoughts between a few sources. Why? Well ... today our prompt is Govinda (the bow), and it refers to the bow of Arjuna, the Archer, who has the leading role in the Bhagavad Gita.
Maybe you have visited Haiku Shuukan at WP, another part of our Haiku Kai Family. Recently the theme there was "The Way of the Bow", based on a short story by Paulo Coelho. In that short story he describes the path to enlightenment through archery. As the arrow has left the bow ... there is no returning back it will seek its way to the goal. That's how our spiritual growth works ... we are once at a certain point in our lives and then we realize that our life must chance ... this occurs around the age of 20 ...

Maybe you know the novel "Siddhartha" by Hermann Hesse. In that novel Siddhartha and his best friend Govinda are on a journey to discover their path. They were great friends, but after years of searching for the truth their lives depart ... Siddhartha becomes a wealthy merchant and learns "the worldly pleasures" while Govinda is staying at the Buddha's place and becomes a monk. At first Siddhartha is very sad as he and his best friend are split up ... he loses his goal, he had to let go Govinda.

What has this to do with the Bhagavad Gita? All and everything, but also nothing. There is just that name Govinda who hold those different ideas together. There has to be a connection between Hinduism and Buddhism ... the both religions saw the light of life in India and maybe those religions were connected with Christianity, Islam and other religions. All we know is that Hinduism is the oldest religion known. All other religions have grown from Hinduism ... It's just a hypothesis but it's worth thinking it over. 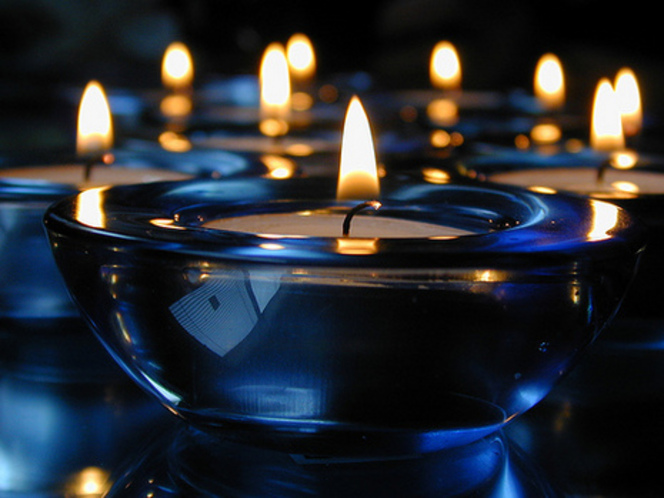 There are similarities in the world religions, there was once the idea of a lot of gods and goddesses, even in the ancient religion of Judaism there was a moment that they thought there were multiple gods ... One way or another it brings us all the ideas for life ... the everlasting battle between good and bad, as we also see in the Bhagavad Gita. There he stands in the middle of two big armies, Arjuna, the Archer. He becomes anxious and let his bow, Govinda, slip from his hands. He doesn't know what to do .... how can he go to battle against an army in which there are friends and family of him?
This is the ultimate inner battle ... and is it a coincidence that that inner battle has been fought by Jesus Christ in the Garden of Gethsemane? No ... it isn't. Maybe you think this is blasphemy, but that's certainly not what I think it is. It's part of the hypothesis that all world religions have grown from Hinduism.

Remember the Tarot month! There was one of the last cards, "The World" in which we see that there will be a New Heaven, a New Jerusalem ... that's the place were we all will come after all ... that New Jerusalem is the same as Atman ...


This episode wasn't easy to create ... it's triggered by Hamish (see his comment at episode 699) and I thought, no I had to use it for this episode in which we see that Arjuna loses Govinda as he is desperate in the middle of the battle ... Govinda (the bow) cannot be without the hand of the Archer, but also cannot be without the arrow ... the arrow as it has left the bow there is no returning back ... as Arjuna shoots his arrow than the battle will be fought .... at that moment as he looses Govinda (the bow) as is Siddhartha in Hermann Hesse's novel loosing his best friend to the wisdom of Buddha he makes the decision to take another path ... a path that will lead him to salvation ... isn't that what we celebrate today? Easter .....


narcissus bloom
shining their light on our path -
He has risen


Well .... happy Easter to you all ... and I hope this episode, maybe in a way controversial, but remember this idea exposed here is just a hypothesis. Let this episode inspire you to write an all new haiku ...

This episode is open for your submissions tonight at 7.00 PM (CET) and will remain open until April 8th at noon (CET). I will (try to) publish our new episode, ancestors, later on. For now ... just have fun!