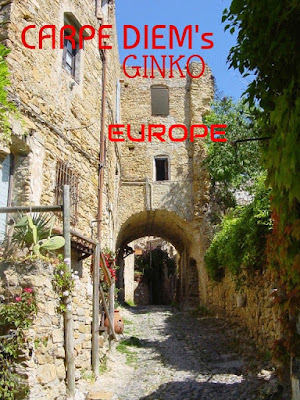 Welcome at our Europe Ginko, a journey straight through the European Union. It will be a wonderful journey I think, but we will say if I am right.

Belgium was one of the countries who established the preliminary European Union, the EEC (European Economic Community). Through the treaty of Rome Belgium was a co-founder of the EU in 1957. Now almost 70 years later the EEC has become the EU in which 28 European Countries are working together.
This month we will visit the most countries that are part of the EU. Of course I hope to prevent falling in political issues, because that's not what I want. I only love to share the beauty of Europe with you this month.

Belgium is one of the smallest countries in Europe and together with The Netherlands and Luxembourg Belgium is part of the so called Benelux countries. Our royal house of Orange and the royal families of Belgium and Luxembourg are related, not close but in the far away history.


This little statue is very famous and on several occasions its clothed with several outfits.

Of course there is more to tell about Belgium, but I cannot tell everything, but there is one part of Belgium I just have to mention here, because of its beauty. In the southeastern part of Belgium you can find the  Ardennes.

This part of Belgium I really love, because of its beauty and the silence of its nature. It has to be a great source of inspiration for us haiku poets, so I love to share a few images of the Ardennes. 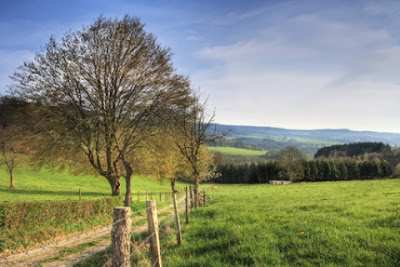 behind every corner
the landscape changes and changes again
breathtaking beauty 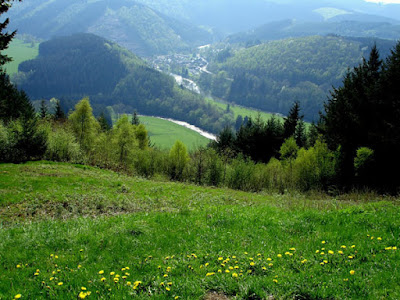 Really this part of Belgium is awesome and breathtaking.

This month I will try to find a haiku poet from every country we will visit and today I love to share a haiku by Herman Van Rompuy, the former Prime Minister of Belgium and the first President of the European Council.

Herman Van Rompuy is a honored haiku poet and his haiku are pretty awesome I would say. So here are a few of his haiku:

Birds in concert,
one sings above all others.
I don't know its name

In a nearby ditch
toads mating passionately
inaugurate spring.

Okay a last one to conclude this episode:

The harvest is in
and the trees are already thinning.
Evening nears.

Well ... this was our first stage of our Ginko through Europe. I hope it will inspire you to create haiku, tanka or other Japanese poetry forms. have fun!

This episode is NOW OPEN for your submissions and will remain open until June 6th at noon (CET). I will try to post our new episode, Germany, later on.