Carpe Diem Special 213 "Whitecaps on the bay" by Richard Wright 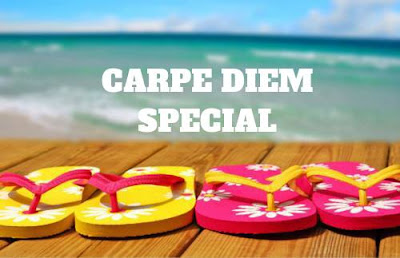 For this first CD-Special of July I have chosen a beautiful haiku by Richard Wright who was not only a gifted writer of novels, but also a gifted haiku poet. Richard Nathaniel Wright (1908 –1960) was an American author of sometimes controversial novels, short stories, poems, and non-fiction. Much of his literature concerns racial themes, especially those involving the plight of African Americans during the late 19th to mid-20th centuries. Literary critics believe his work helped change race relations in the United States in the mid-20th century.

The haiku I love to share for your inspiration is a beauty I think and it gives really an impression of a scene that just lasts for one moment as short as the sound of a pebble thrown in water.


As you all know the goal of the CD-Specials is to write a new haiku (or tanka) in the same tone, sense and spirit as the given one. So I hope that this haiku will inspire you.

Whitecaps on the bay:
A broken signboard bangingIn the April wind.

A beauty I think ... I hope that I have inspired you all to create a new haiku, tanka or Japanese poetry form.

wind chimes
resonate against the buildings
a thunderstorm passed

This episode is NOW OPEN for your submissions and will remain open until July 8th at noon (CET). I will (try to) publish our new episode, Alder, later on. For now .... have fun!