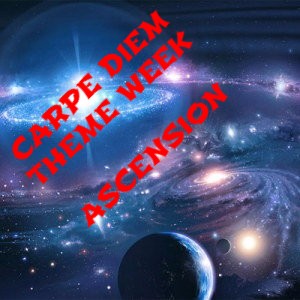 It is my pleasure to present to you our penultimate episode of our 5th Theme Week in which we are exploring "Ascension" and the idea of "Ascended Masters. Earlier this week I introduced to you the so called "Seven Rays" or "Seven Paths" to ascension. We have already looked at the first to sixth ray and today I love to bring the Seventh Ray to your attention.

The Chohan of the Seventh Ray, the Violet Ray, or the Ray of Transmutation, is Saint Germain:


Saint Germain is the chohan of the seventh ray, sponsor of the United States of America, and master alchemist of the sacred fire who comes bearing the gift of the violet flame of freedom for world transmutation. Together with his twin flame, the ascended lady master Portia, the Goddess of Justice, he is the hierarch of the Aquarian age. He is the great sponsor of freedom’s flame, while Portia is the sponsor of the flame of justice. The name Saint Germain comes from the Latin Sanctus Germanus, meaning simply “Holy Brother.”
As chohan, or lord, of the seventh ray, Saint Germain initiates our souls in the science and ritual of transmutation through the violet flame. Saint Germain and Portia deliver to the people of God the dispensation for the seventh age and the seventh ray—the violet ray of freedom, justice, mercy, alchemy and sacred ritual—a new life wave, a new civilization, a new energy.

A clear description I would say. as you maybe know we are living in the age of Aquarius, an age of spiritual growth to enter a new world in which spirituality is stronger than ever. Saint Germain is one of the guides to help humankind through this transition to a new dimension.

I hope you did like this episode of our Theme Week. Tomorrow we will look at the Chohan of the "Eighth Ray" ... and with that episode our fifth Theme Week will end.

This episode is NOW OPEN for your submissions and will remain open until July 27th at noon (CET). Have fun!