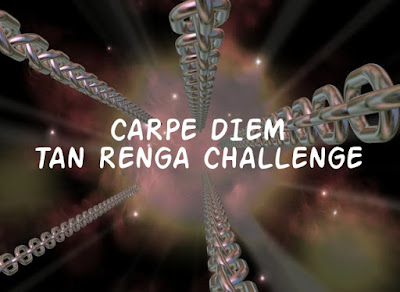 
This week have a Tan Renga that starts with a haiku by Yasomura Rotsu, a not so well known haiku-poet. I will tell you a little bit more about him later in this episode. The goal of the Tan Renga Challenge is to compose a second stanza of two lines following the 7-7 syllables-count towards the given haiku. Tan Renga looks similar with Tanka, but instead of written by one poet (as Tanka is) the Tan Renga is composed by two haiku-poets, it's a ''short-chained'' renga (chained verse) and I think it's a great way to learn to associate on the given haiku images.

Rotsu was born at the temple Miidera, but when this happened isn't very clear. It is said that Rotsu was 90 when he died in 1738. Rotsu was from Otsu in Omi and well versed in poetry and classical literature.
He was one of the eccentric disciples of Basho. He traveled as a mendicant begging monk around Japan for many years and later returned to a secular life. He joined the Basho discipels in 1685 and lived for a while close to the Basho-An in Fukagawa Edo. He could not accompany Basho for his trip to "Oku no Hosomichi" but went all the way to Tsuruga to meet him on the last leg of the trip.
Rotsu was one of the Fukagawa Happin, "Eight Beggars of Fukagawa"  a company of eight friends (including Basho) which came together on a regular base to write renga together.

Here is the haiku (or hokku) to start the Tan Renga with:

before the spring equinox;
the cold will last
only a night or two more

And here is my completion of this Tan Renga:

I think several of you can remember the above Tan Renga, because we have had this earlier here at Carpe Diem Haiku Kai. In a way you can say this Tan Renga Challenge is a "trip along memory lane".

This Tan Renga Challenge is open for your submissions at noon (CET) and will remain open until next Friday August 12th at noon (CET). Have fun!