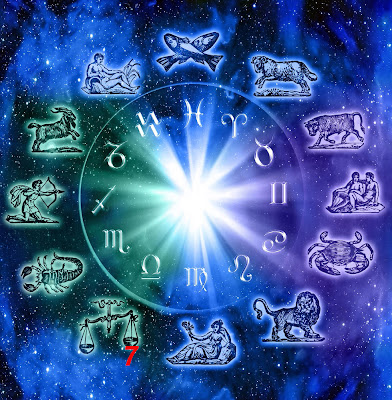 Our next stop in our Zodiac Journey is Libra (The Scales). The first thing what cam in mind were The Scales (and blindfold) of Lady Justice. She uses her Scales to weigh the verdict and she does that very well and always without prejudices.


Lady Justice (Latin: Justitia, the Roman goddess of Justice, who is equivalent to the Greek goddess Dike) is an allegorical personification of the moral force in judicial systems.
he personification of justice balancing the scales of truth and fairness dates back to the Goddess Maat, and later Isis, of ancient Egypt. The Hellenic deities Themis and Dike were later goddesses of justice. Themis was the embodiment of divine order, law, and custom, in her aspect as the personification of the divine rightness of law. However, a more direct connection is to Themis' daughter Dike, who was portrayed carrying scales
"If some god had been holding level the balance of Dike" is a surviving fragment of Bacchylides's poetry. Ancient Rome adopted the image of a female goddess of justice, which it called Justitia. Since Roman times, Justitia has frequently been depicted carrying scales and a sword, and wearing a blindfold. Her modern iconography frequently adorns courthouses and courtrooms, and conflates the attributes of several goddesses who embodied Right Rule for Greeks and Romans, blending Roman blindfolded Fortuna (fate) with Hellenistic Greek Tyche (luck), and sword-carrying Nemesis (vengeance).
Lady Justice is most often depicted with a set of scales typically suspended from her right hand, upon which she measures the strengths of a case's support and opposition. She is also often seen carrying a double-edged sword in her left hand, symbolizing the power of Reason and Justice, which may be wielded either for or against any party. 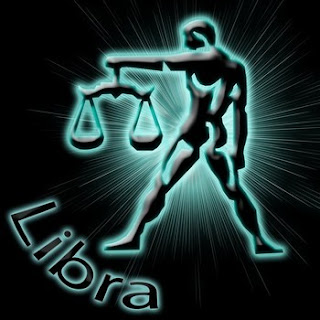 Libras are the diplomats of the zodiac. They are able to put themselves in other's shoes and see things through another person's point of view. They are the ones that always want to make things right and have balance and harmony in their life, their surroundings and the lives of the people close to them. They have captivating charm, elegant taste and they are easy to like due to their eager-to-please, easygoing nature. In return for a Libra's amazing ability to be a good listener, sooth and calm people, they expect admiration. Libras will gather a group of people, everyone will become friends then the Libra will be in the center of the group. They like the attention and the admiration for the people that they have brought together. Libras are very intelligent, they often hide this inside their easygoing exterior. They express their intelligence through creativity, most are involved in some sort of artistic or creative pursuit. Many people overlook just how intelligent a Libra actually is. When others see a Libras wide range of interests and hobbies, their intelligence and creativity is more then obvious. Libras love variety and different situations. They welcome change. Libras love luxury. They will spend lots of money and surround themselves with beautiful things and they seem to be constantly fussing over their appearance. They love anything upscale and classy. Libras work hard to please others, this they do an others find them incredibly captivating.


in balance
with my inner self
feeling good


This prompt will stay on 'til April 10th 11.59 AM (CET) and I will post our next episode of our trip along the Zodiac, Scorpio (The Scorpion), later on today around 10.00 PM (CET). 'Til than have fun, be inpsired and share your haiku with Carpe Diem.