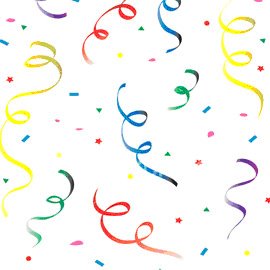 Well ... today (April 20th) is the day on which I become 50 yrs. Halfway my life it's time to look back and to look forward, but looking forward isn't easy, maybe in our next month, May, when we have all prompts with the playcard deck of the Tarot, which can be used for divination.
But ... looking back is always possible, however I am more of NOW, now is the time to live, don't look back to your history, look at the now. Now is the day you live, but ... almost 50 yrs ago I was born in a town called Kampen (The Netherlands), an old trading city. I was born in what we call 'een volksbuurt', I think in English they call it 'a low quarter neighborhood'. My dad was a kind of farmer, he worked for the governments farm, and my mom worked at the post-office. When I was born, my older brother was already four and was for sure my big brother who watched over as a Lioness over her cubs. Our neighborhood was a nice place to live and our neighbors were wonderful people. When I was five we moved to Lelystad, a complete new city in the polder in the middle of our country. There I grew up and nowadays I am still living in that same city.
As I became older my quest to find myself, my own personality, started with leaving church. I couldn't live with the politics in the sermon and I became an Evangelical. After a few years in an Evangelical congrecation I decided to leave the church again. It was in that time that I became interested in Eastern philosophy and I learned about haiku.
As I already have told, this year I have my 25 yrs anniversary as a haiku poet. Haiku is my passion, is my love. A few years earlier I had become a nurse and since 2011 I am an Oncology nurse. I do my work with passion and out of unconditional love ... my work is my life and I enjoy it very much.
Somewhere in 2006 I wrote my first English haiku, as I have shared here earlier in one of our Specials and in 2010 one of my haiku, which I contributed to a haiku contest, won a honorable mention ... that was my major breakthrough in the International haiku world. In late 2011 10 of my haiku were selected for an International Anthology 'Spasms of Light' published by Wonder Haiku Worlds, an International Platform for haiku poets.
And now ... 50 years after I was born in that little old trading village, I have several internationally known weblogs about haiku, Carpe Diem is one of them. I will ... have a sneak preview to the future here. I hope that Carpe Diem will grow further and I hope that I can prepare these episodes for a long time.

Carpe Diem
community of haiku poets -
what a joy!


Why is this episode called 'Abraham'? Well ... in my country we have a saying 'Abraham zien', which means 'you saw Abraham'. It's a cultural saying for becoming 50 (women that turn 50 have a same sort of saying, but than it's 'you saw Sarah'.) It seems that this saying is based on a verse in the Gospel of John and it means 'you have gathered wisdom and respect'. I think that's true. I hope to become 100, but that's not up to me. Only God knows that.

I am fifty now
gathered wisdom and respect -
like Mother Earth

halfway eternity
going on with my life
I am fifty now


I hope that you liked this post and I hope that I have told you all a bit more about myself. This prompt will stay on 'til April 21th 11.59 AM (CET) and I will post our new episode of Carpe Diem, Bluebonnet (provided by Jennifer of A Full Cup of Tea ) later on today around 10.00 PM (CET).