First I love to thank you all for your wonderful wishes for my 50th birthday and I hope that I am able to be your host of Carpe Diem for another long time. I have had a wonderful day filled with the love of my family and friends ... and it was a very sunny day also and as I look around in my neighborhood filled with thousands of blossoming trees and bushes, really it was a Spring day here in the Netherlands. Thank you all again for all the wonderful wishes and thoughts you have granted me with today.


As I was preparing this episode of Carpe Diem I realized that Bluebonnet couldn't be one word, because I couldn't find the meaning of it. So it had to be two words Blue Bonnet, but also than I couldn't write a haiku with it. So I sought for the Dutch translation of this 'Bonnet', it came out to be a hood or hat or barret. So today we share haiku on 'Blue Hood'. 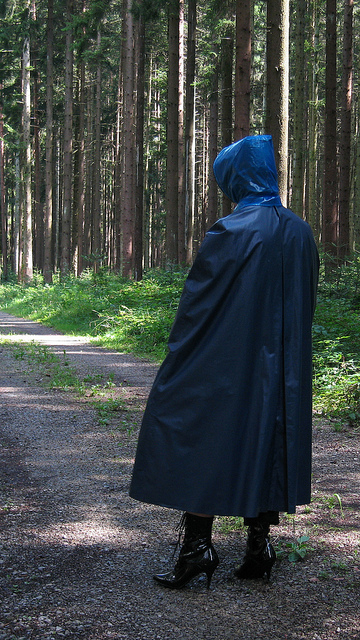 The first thing which came in mind was the legend of Robin Hood, but also I thought of Little Red Riding Hood, the fairytale by Charles Perrault (1628-1703). "Little Red Riding Hood", also known as "Little Red Cap" or simply "Red Riding Hood", is a French and later European fairy tale about a young girl and a Big Bad Wolf. The story has been changed considerably in its history and subject to numerous modern adaptations and readings. The story was first published by Charles Perrault,  a French author and member of the Académie française. He laid the foundations for a new literary genre, the fairy tale, with his works derived from pre-existing folk tales.
I like to make a connection between Little Red Riding Hood and Blue Bonnet. Why is that little maiden called 'Red Riding Hood'? As we look at that fairy tale we see a big bad wolf who eats the grandmother of Red Riding Hood. So is the 'Red' referring to blood? Or does it refers to 'Love'? I don't know, but I think it's referring to Love. But, as I recall our Carpe Diem 'Rainbow-week', green was the color of Love, so makes that that the name of the little maiden had to be 'Little Green Riding Hood'?
What has this to do with Blue Bonnet? Nothing (smiles) it's just the introduction to this episode of Carpe Diem. 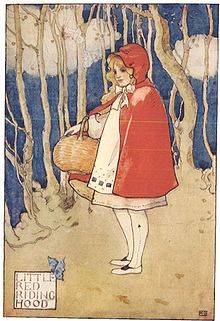 Back to our prompt, Blue Bonnet, for today. Can I write a haiku with this prompt? We will see ...

This is a little tribute to our queen Beatrix, who will step back as our queen on April 30th, in favor of her oldest son crown-prince Willem Alexander and his lovely wife princes Maxima. Queen Beatrix always wears a hat and yes it even was sometimes a Blue Bonnet with a veil. By the way ... blue is the color of royalty and power, but it's also a very spiritual color.


Well ... not a strong set, but I loved composing it for today's prompt Blue Bonnet, (provided by Jennifer of A Full Cup of Tea ). I hope you enjoyed the read and that you are inspired to write your own haiku on Blue Bonnet. By the way when I was searching for photos and pictures for this episode I ran into a flower called 'blue bonnet', I had never heard from such a flower so I love to share a picture of it and a last haiku for this episode.

This prompt will stay on 'til April 22th 11.59 AM (CET) and I will post our new episode of Carpe Diem, Coffee (provided by Cathy of Haiku Plate Special), later on today around 10.00 PM (CET).
Hope to see you all again tomorrow here on Carpe Diem, the place to be if you like writing and sharing haiku.