What a joy to prepare the first episode of our new Carpe Diem month May 2013. A little different than all other months I think, because of the prompt-list ... all prompts about Tarot. Tarot ... it sounds occult, but that isn't true. Tarot is just a deck of playing-cards and it's roots are somewhere around the Mediterranean Sea. The Tarot-cards became somewhat occult by the use of the cards by Gipsy Fortune-tellers. Hereafter I will share a picture of the Tarot-cards which I mentioned. 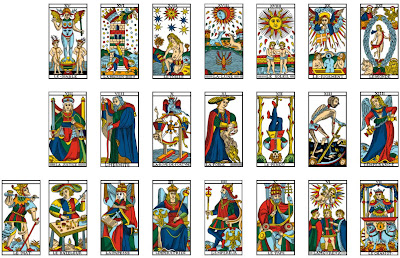