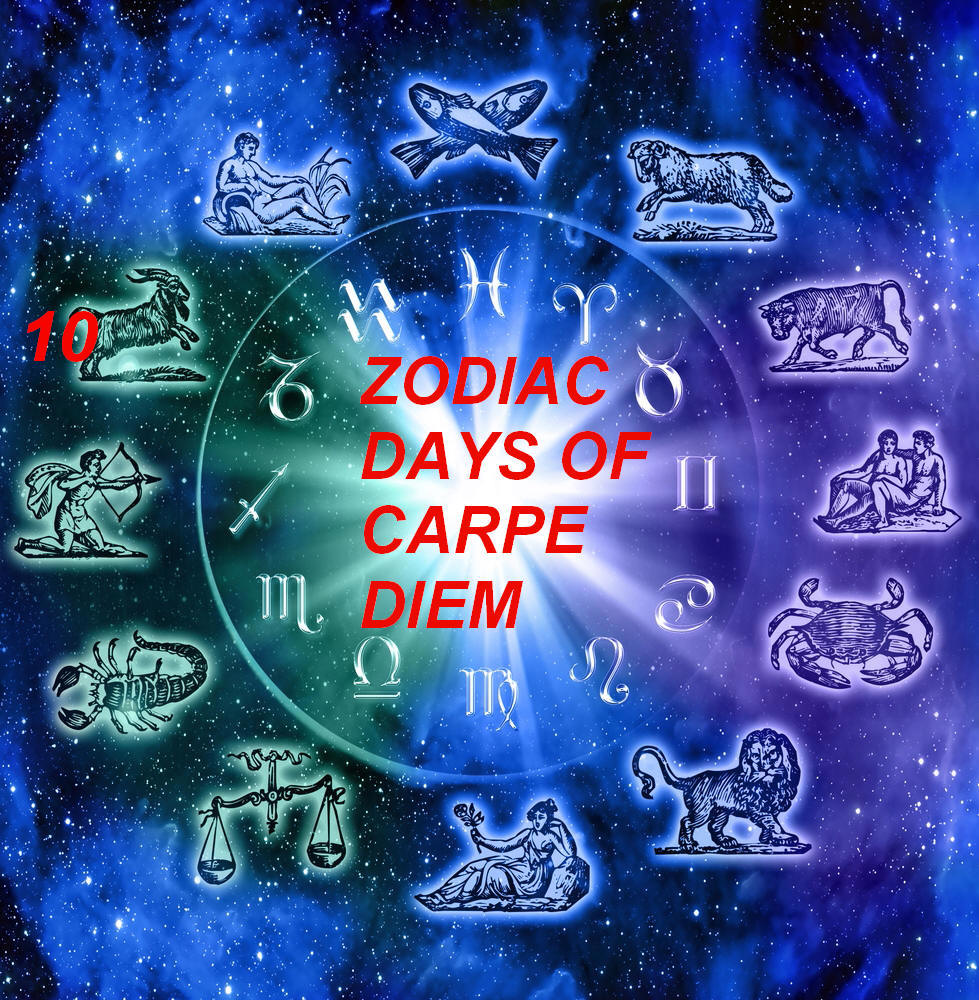 With Capricorn in sight we are almost around the Zodiac. Capricorn is the first sign in Winter. So let us look closer to this sign.
These people are usually ambitious and the lives of those born under this sign are marked by a purposeful pursuit of their destiny. CAPRICORNS have a sense of purpose and a great faith in their own ability. People born in January are usually mentally strong, but they are, as a rule, generally aren’t understood by other people. They are thinkers, reasoners, and usually successful in business or any form of government work. Capricorn is a pushy Cardinal Earth sign ruled by Saturn, the planet of adversity. They are as a rule very independent and high-minded in all what they do, and detest being under the restraint of others. Capricorns will grind anything that gets in their way down to dust. Time is definitely on their side.  It gets easier for them as they older.  When they age, they cheer up too. They are often excellent speakers, but not because they are good orators, but because they plain their speech. Although they may seem to be cold, they have warm hearts towards suffering, and as a rule they give away very much, but subscribe more generously when giving to institutions than when giving to a person. Fear is at the root of all Capricorn troubles. It is necessary for them to chip away at those fears. They must try to be gentle with themselves, but do the work.  They worship intellectual, clever people; they rarely interfere with the affairs of others, but they will never stand interference from others.


They should aim for some form of public life. Generally these people succeed in such careers. Government or responsible positions of control and management of others is the best work for them.
This people are inclined to excite bitter opposition but bear up against it with a philosophic spirit. Their home and family life is very often a troubled one. They frequently feel "lonely-hearted" and misunderstood, even if it is not so. On the other hand they respond well to domestic life because it proves stability. Once they fall in love and commit, the typical Capricorn is unlikely to jeopardize the union. They place great importance on personal happiness. If we take in the full picture, we will see that it is a mixed bag of both greatness and evil. This can take many forms. It can show one who suffers at the hand of evil and who is cast out in disgrace, or it can show one who has sacrificed their own soul to gain the world, or some variation in between. There is often a fondness for the earth and agriculture present in these natives.

Synonym of this sign is a purposeful man. That people always have the purpose, and trying to reach it, using all possible means. Capricorn sweep away absolutely everything working precisely, definitely and rigidly while getting to their target. Rigidly - does not mean rectilinearly.They can be guileful and artful working everything out delicately. It is difficult to catch them red-handed.
Capricorn is also called 'the Sea Goat'. As you can also see in the most pictures of Capricorn it has a fish tail. It's refering to the strong bond which Capricorn has with Aquarius, the sign that will follow.

It's a wonderful mytical 'beast', but it's the last sign before entering Aquarius, in which era we are now.


awaken
the Sea Goat pointing the way
to Aquarius


Well have fun, be inspired and share your haiku with Carpe Diem. This prompt will stay on 'till April 14th 11.59 AM (CET) and our next stop in this Zodiac journey Aquarius (The Waterbearer), I will publish later on today around 10.00 PM (CET).