As you all know I write my haiku under the pseudonym "Chèvrefeuille". I use that name since I started writing haiku in English. I started Carpe Diem in October 2012 as "Chèvrefeuille's Carpe Diem, a daily haiku meme" in short I only used "Carpe Diem" as Carpe Diem evolved and became "bigger" I changed the name into Carpe Diem Haiku Kai (in this name "Kai" means "group").
As I started with this daily haiku-meme I wouldn't have dreamed that I would be still your host here at Carpe Diem Haiku Kai. Being your host takes a lot of my time, but I like doing it. Of course sometimes, through lack of time, posts are delayed or special features follow not always the scheme I had planned for it, well ... maybe that's the strength of our Carpe Diem Haiku Kai ... we are flexible and adaptive in times of lack of time. 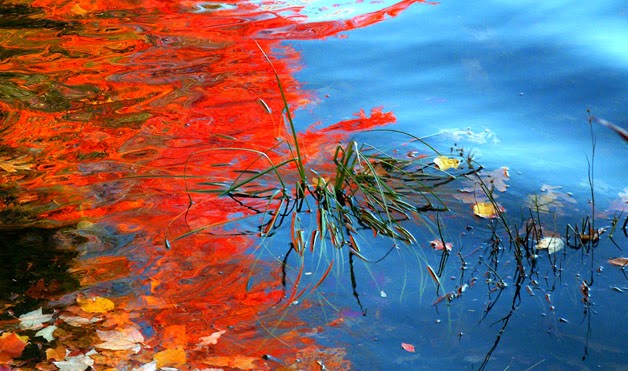 As I started with Carpe Diem in 2012 I had only (next to the regular post) the CD-Special, in which I share haiku (or quotes) for inspiration in every month by a featured haiku-poet or other wellknown person. And I shared Carpe Diem Previews in which I also looked back to the shared haiku on carpe Diem. I even had a few months an Award for the best haiku (or haiku-poet), but after doing that a few times I realized that we are all winners and that awards aren't that important.
During the years of Carpe Diem I sometimes had "theme" weeks e.g. a week about all the colors of the rainbow or all signs from the Zodiac. I remember that I had a special week about the eight ancient world wonders and we made once a trip around the world through different kinds of dancing e.g Tango (Argentina).

Inbetween all the regular prompts there was a moment that I thought what can I do more to make Carpe Diem Haiku Kai a great weblog? I decided to create special features. I love to go along a "memory-lane" of all these Special features:

2012 - the start of Carpe Diem, we had only regular and special prompts

2013 - On January 18 I started with "CD Imagination" in which I give a photo, painting or something for your inspiration;
2013 - April was a very special month because of a few celebrations we had:
First in that month I became 50
Second in that month I celebrated 25 years of being a haiku-poet
Third I realized that in this month I also worked 25 years in Health care
In this month we had a Zodiac feature and April 27th I launched our haibun -feature "Kamishibai"
2013 - May was all about Tarot ... in that month we discovered the Great Arcana and the connection between Christianity and Tarot.
2013 - June was the month in which I started our weekly Tan Renga Challenge and we performed our first "virtual" Kasen No Renga Session.
2013 - July short before this month Paulo Coelho published his new nove "Manuscript found in Accra" and this month all the prompts were extracted from that novel;
In July all our CD-Specials were haiku written by Jane Reichhold.
Also in this month I launched two new features "CD Freestyle" (July 5th) and "CD Little Ones" (July 25th)
2013 - August all our prompts were wonderful pieces of music by Karunesh and I launched our CD "Distillation" feature.
2013 - September was the month of Classical Kigo for autumn and I started with CD "Goes back to it's roots" (Sept. 13th) and CD "Oku No Hosomichi" (Sept. 11th)
2013 - October we had our first anniversary in which month all the prompts were provided by our family-members of Carpe Diem. I started with "Revise That Haiku" (Oct. 12th) and "Tanka Shrine" (Oct. 23rd) and  "Make The Haiku Complete" (Oct. 8th).
2013 - November all our daily prompts were Tan Renga Challenges.
2013 - December Another month full of inspirational music by Adrian Von Ziegler. On December 15th I launched "Sweet Memories" and a few days later "Bookshelf" (Dec. 18th) 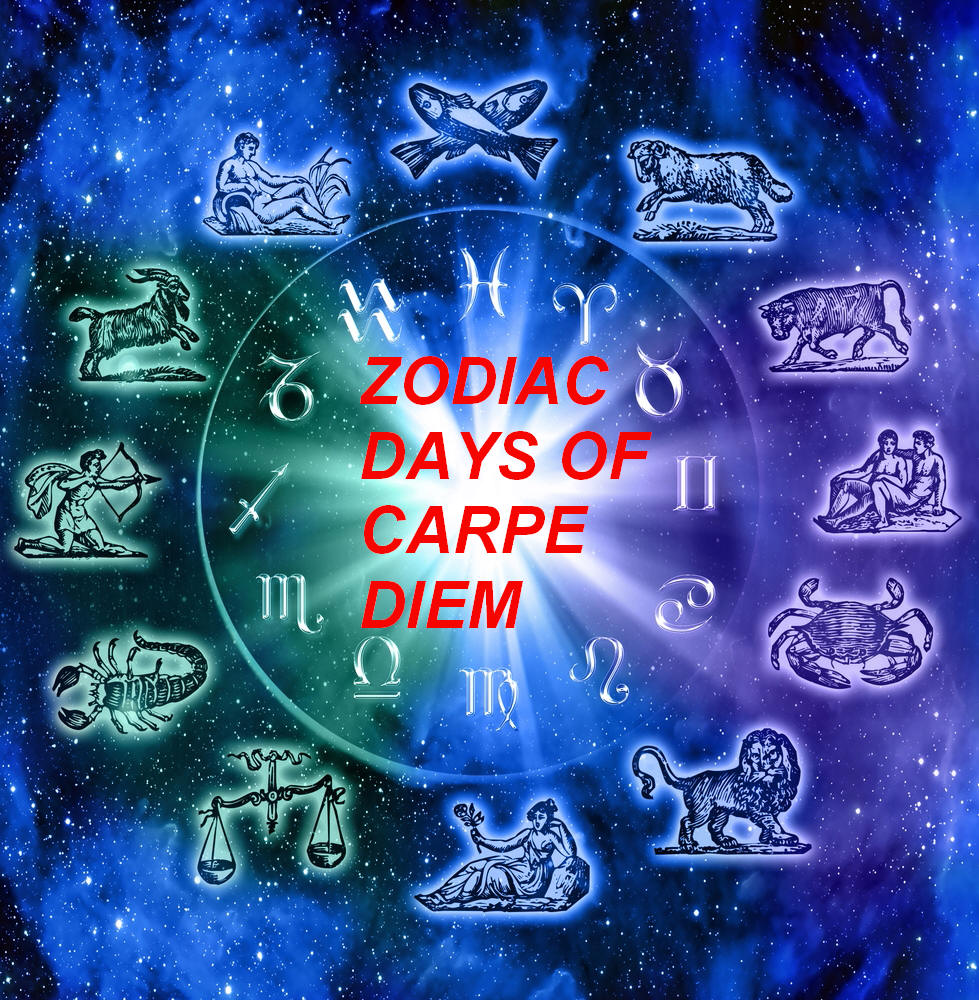 2014 - started with a trip straight through the Soviet Union by train with the novel "Aleph" by Paulo Coelho in our hand
2014 - After our adventure straight through the Soviet Union we arrived at Shikoku Island on which we went on a pilgrimage along 88 temples, and in the shadow of that pilgrimage we followed Paulo Coelho in his pilgrimage to Santiago De Compostella.
2014 - April was a nce month in which I created our first Ghost Writer Week, "Pick up the pieces", "Tan Renga Squared" and "Only the First Line".
2014 - May was all about Myth, Legend and Sage
2014 - June in this month we had all Modern Kigo compiled by Jane Reichhold and I launched the first episode of "Analyze that Haiku".
2014 - In July I introduced our first "Sea Shell Game" to you and we had all haiku by the "Big Five" (Basho, Chiyo-Ni, Buson, Issa and Shiki)
2014 - August was a wonderful month in which we discovered "Sand And Foam" by Khalil Gibran and we started with a few new features. "Sparkling Stars", "Little Creatures" and our three days challenge "Vision Quest)
2014 - September ... has brought us also wonderful Modern Kigo by Jane Reichhold, but it also brought us the honor that Jane Reichhold decided to be the host of our "Ask Jane ..." feature. Of course there were (a lot of) new features as e.g: "Soliloquy No Renga", "Remember This Music?", "Arti Visual haiku" and our "Time Glass" challenge to write haiku within 12 hours. 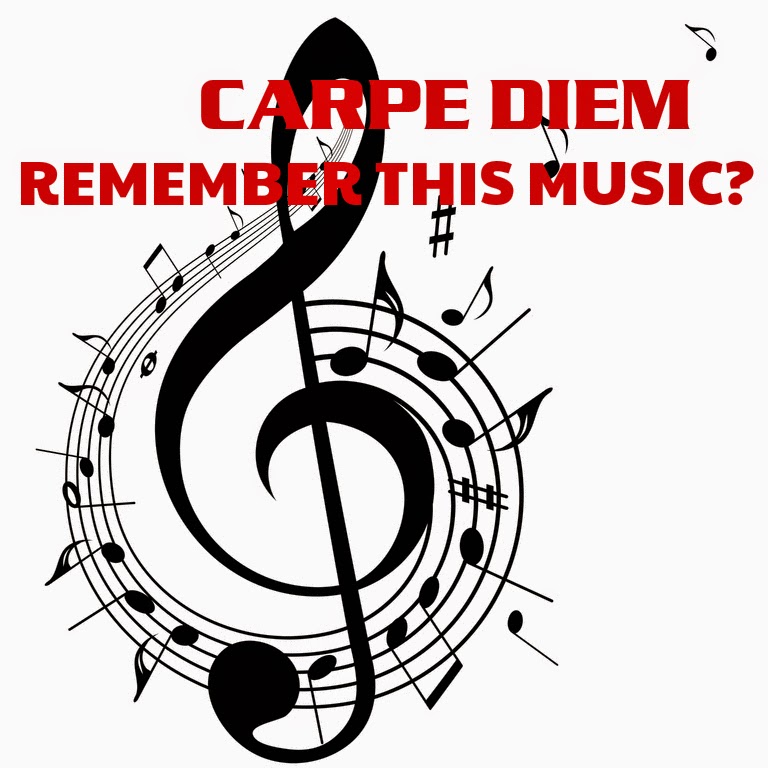 As I re-read this list, than I realize that Carpe Diem Haiku Kai has really evolved to a weblog that is great. For this GW-post I have no linking widget or something, because you don't have to write in response on a prompt. I just want to ask you all something: